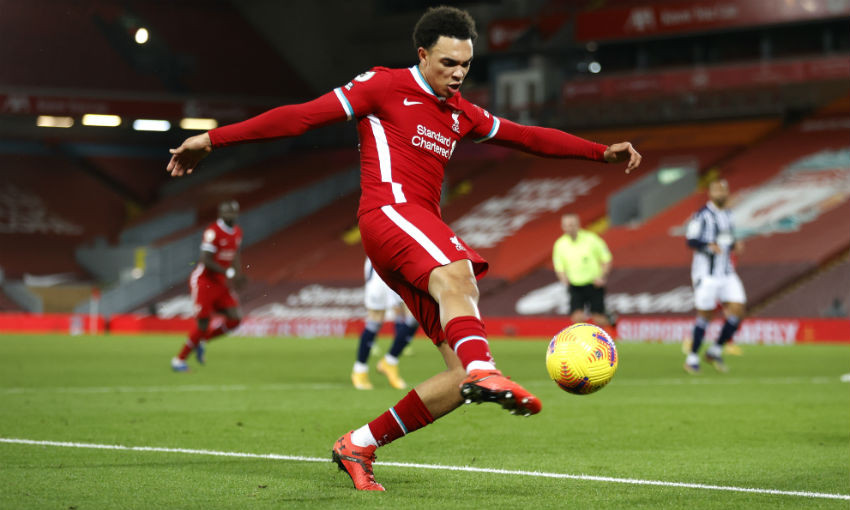 Trent Alexander-Arnold is keen to ensure he and his Liverpool teammates don't drop their guards for one second when they face Newcastle United on Wednesday evening.

The Reds head to St. James' Park on the back of a 1-1 draw with West Bromwich Albion, who capitalised on a below-par second-half performance from the hosts at Anfield on Sunday.

Alexander-Arnold is hoping to move on from the blow of that result by returning to winning ways at the earliest opportunity.

Asked how hungry Liverpool will be heading to Newcastle, the No.66 told Premier League Productions: "Massively.

"I think we kind of know that it's going to be a similar sort of game. They'll probably have the idea of wanting to stop us from doing what we want to do and then counter really.

"But it's the Premier League, so anything can happen – we saw that [against West Brom]. We know that if we're not at 100 per cent then we don't deserve the three points.

"That's something we'll be looking at and making sure that our mindset and mentality is right throughout the whole 90 minutes because [against West Brom] it wasn't and we got punished for that."

Newcastle approach the encounter following a four-game winless run in all competitions as they currently sit 14th in the Premier League table.

Regardless, Alexander-Arnold is anticipating a fiercely-contested battle at 8pm GMT on Wednesday.

He continued: "I think they've picked up good results, they've also had results where they probably think they should've done better.

"But in the grand scheme of things, I think they've performed well, brought in some new players and have proven that they're a good side and will challenge for things.

"It's going to be a difficult game. There's never going to be an easy game in the Premier League, so we're not expecting that.