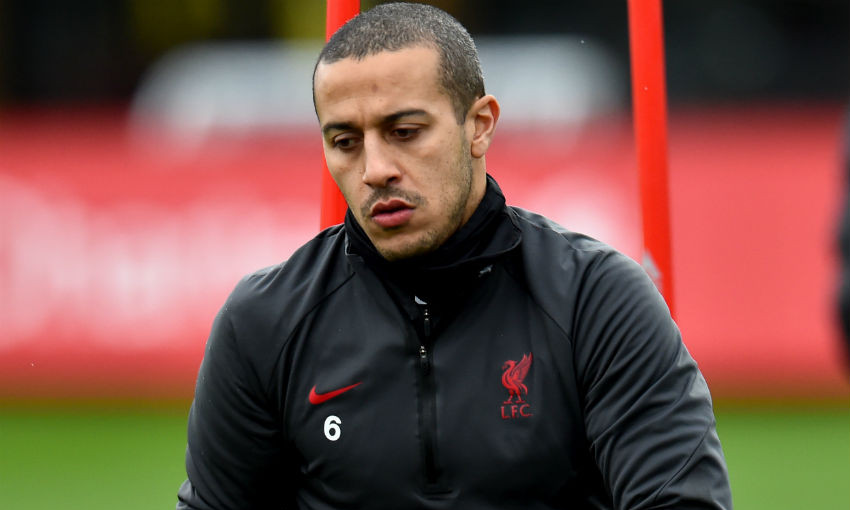 Jürgen Klopp is keen to see Thiago Alcantara back in action but cautioned that the Liverpool midfielder is unlikely to feature against Newcastle United.

Thiago was expected to resume full team training on Monday following a knee injury that has precluded him from selection since mid-October.

However, Klopp does not anticipate the Spain international being part of his squad for Wednesday’s match at St. James’ Park.

“I like watching all my boys playing and with Thiago, of course he had a few minutes, I would say, until he got injured,” the boss said, when asked if he is eager to have Thiago available again.

“So of course we are looking forward to that, but I don’t know. It’s not really likely that he will travel [to Newcastle], let me say it like this.

“He needs a few sessions, he was really out for a long time after a really harsh challenge – that was a proper impact. Nothing ruptured, nothing broken, but that still took time obviously and it still takes time. We cannot rush that, we will not do. So I don’t know.”