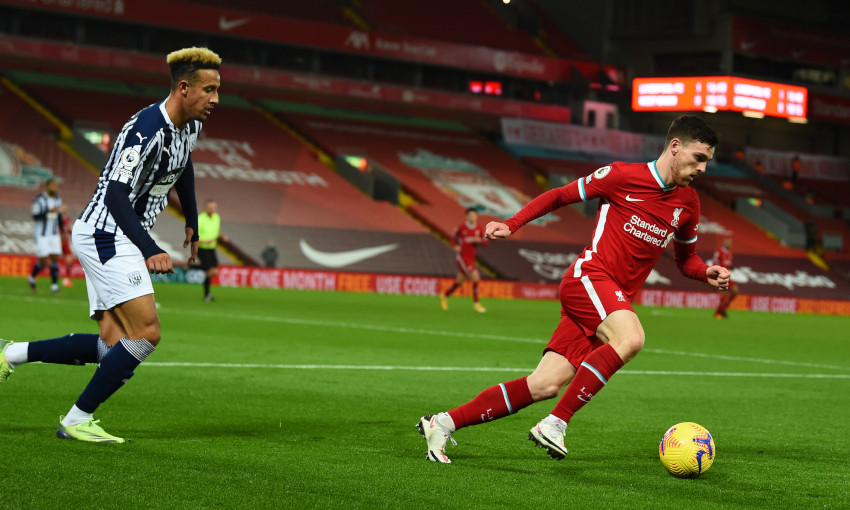 Andy Robertson offered an honest assessment of where Liverpool went wrong in their 1-1 draw with West Bromwich Albion and looked forward to an immediate chance to make amends.

A dominant Reds performance for the duration of the opening 45 minutes in Sunday’s Premier League clash at Anfield was punctuated by Sadio Mane’s clinical drive from Joel Matip’s assist.

But the Baggies turned the tide in the second half and claimed a point courtesy of Semi Ajayi’s 82nd-minute equaliser, denying the champions a five-point lead at the summit.

Reflecting on how Liverpool gave up their grip of the contest after the interval, Robertson told Liverpoolfc.com: “Obviously we always want the second goal, but also we wanted to keep the ball.

“If they don’t have the ball they can’t score, simple as that. We didn’t keep the ball well enough, we were giving it away and they were building in confidence; they hit us on the counter-attack, Ali had an unbelievable save with a one-v-one.

“These things can’t happen when you’re 1-0 up, when you’re at the top of the league and you’ve got aspirations for the season you need to see out these games 1-0 – you take the clean sheet and accept that OK, maybe in front of goal we weren’t as clinical but the one chance that mattered we got and we go and win 1-0.

“We had to be better with the ball; of course, if the second goal came along great but we had to be better moving the ball, doing things right, keeping it off them, making them tired. We didn’t do enough of that. They created a couple of chances in the second half and unfortunately for us they took one.” 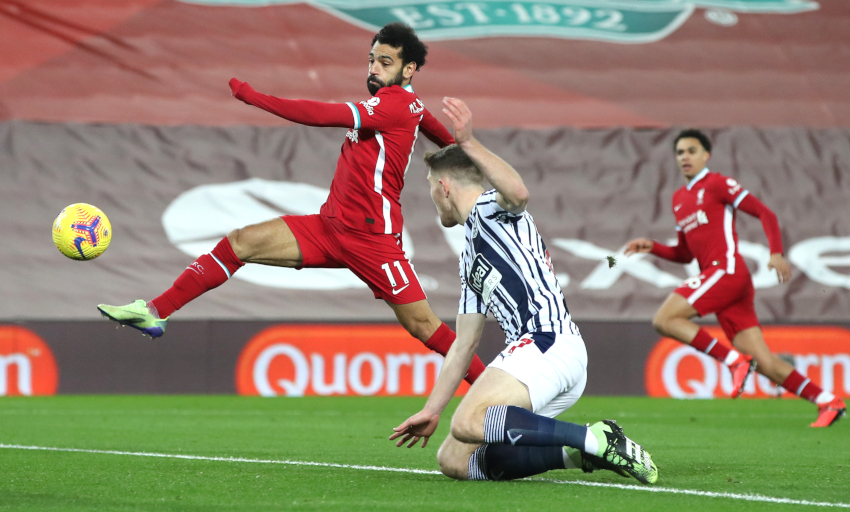 The left-back continued: “Of course, it’s about perspective. Since I’ve been here, we’ve not really had many of them. I suppose every club has them. But we’ve been together a long time and we’ve got a lot of experience now.

“Today was a time to use it and we probably didn’t use it as well as we could have by just putting our foot on the ball, keeping it moving and keeping it simple. When you don’t do that and they start winning their tackles, start getting up the pitch and start creating a couple of chances, they build in confidence and you could see that.

“And then we started giving the ball away even more. When that happens – and I’ve been in a team that’s down at the bottom fighting for everything – you do build in confidence. That’s where we need to be a wee bit more clinical in our passing and just saying, ‘OK, we’ll keep it off them for a bit and try to tire them out a little bit.’ But we didn’t do that.

“It’s a point, a point more than we had this morning, and we move on now.”

An opportunity to put those frustrations behind them arrives quickly for Liverpool.

Jürgen Klopp’s side are back in Premier League action on Wednesday night when they take on Newcastle United at St. James’ Park.

“We’ve got a lot of games coming up,” said Robertson. “This was the first time we had a kind of longish break and then we’re straight back into a game every three or four days.

“We go to Newcastle and we try to bounce back, of course we do. But it’s going to be another tough task. I know Steve Bruce’s teams will give absolutely everything, they always have done. I know Newcastle is never an easy place to go.

“So we need to be a lot better than we were in the second half today to get anything there, and we need to try to bounce back and try to get back on track.

“It’s time for us to try to kick on now and we need to try to put a run together where we win games. Unfortunately, we’ve not managed to do that tonight, but in three days’ time we go again and hopefully we can get back on track then.”