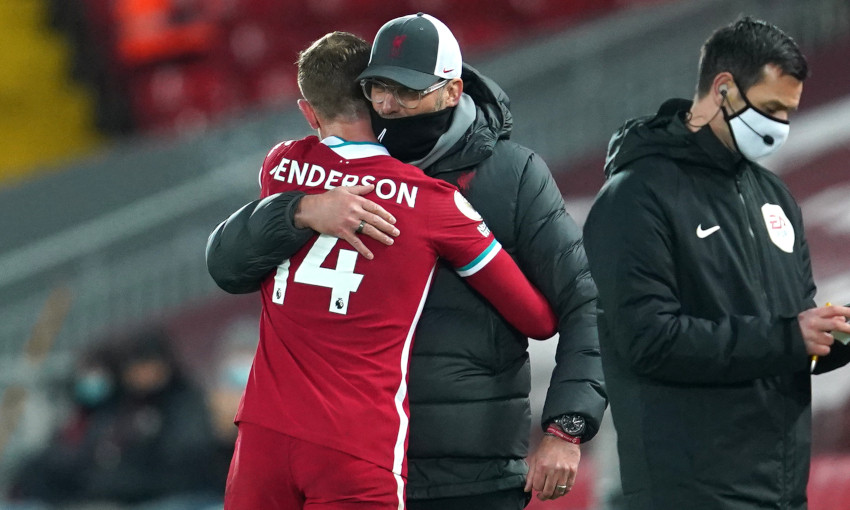 Jürgen Klopp will be casting a vote for Jordan Henderson in this Sunday’s BBC Sports Personality of the Year awards.

The Liverpool captain is in the running for the prestigious accolade alongside Stuart Broad, Hollie Doyle, Tyson Fury, Lewis Hamilton and Ronnie O’Sullivan.

Fans can vote for Henderson either online or via phone – and Klopp will be doing just that himself.

“He did a great job in the summer, for our players but for players in general, he’s doing that for the England national team, he’s involved in pretty much everything.