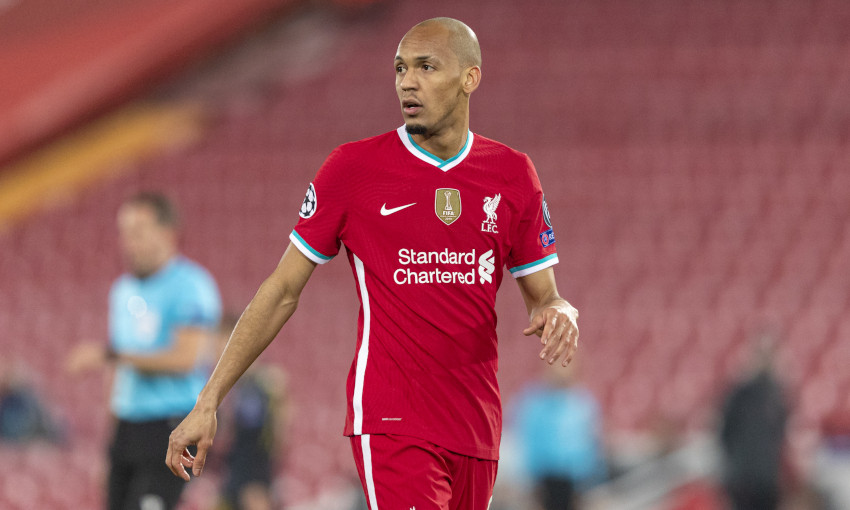 Jürgen Klopp cited Fabinho's organisational and strategic mind as crucial to his form at centre-back.

Since Joe Gomez and Virgil van Dijk sustained long-term injuries earlier in the season, Fabinho has switched from his usual deep-lying midfield role to the heart of Liverpool’s defence.

The No.3’s performances have been impeccable, too, and Klopp’s media briefings ahead of Sunday’s Premier League clash with Fulham included a series of questions on the Brazilian.

Analysing the reasons for Fabinho’s successful transition to the position, the boss said: “Fab is, I wouldn’t even say a defensive-orientated player, he’s an organisation-orientated player. He is very strategical.

“I don’t know what he played in his youth in Brazil, by the way, I didn’t ask but for Monaco he played quite frequently at right-back and for the national team he played right-back. Then he played one of a double six.

“I’m not sure if he played centre-half before, probably yes. He just is able to do that, you can see that in different situations that his challenging skills are just outstanding, defensively on top of that.

“Usually you would say ‘OK, come on but football-wise, he is good in small spaces, it makes sense to bring him to play in midfield.’ But, yeah, he can play centre-half and we knew that obviously before. It’s not that we invented a position for him, we used him there from time to time and now more consistently.

“Thank God that we have him and Joel [Matip] and the other boys, that somebody can play these positions.” 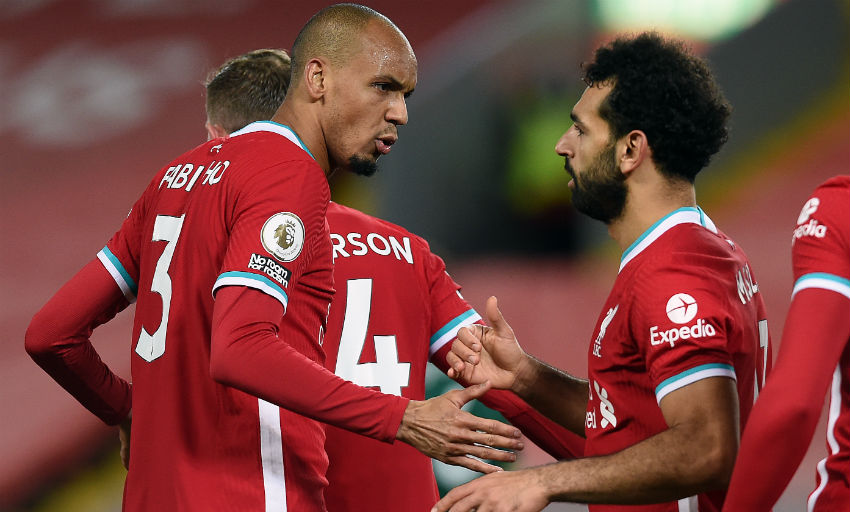 Fabinho had sporadically filled in at centre-back during his first two seasons with the club, when circumstances required it.

But this term, due to the challenging injury situation that has developed since it began, he has been used more permanently as a defender.

Asked if the 27-year-old needed persuading to move back, Klopp replied: “No, I didn’t have to persuade him or whatever. We know he can play the position.

“We train the position when we have the opportunity, not only this position but positional play when we have time to do so. For him, he played it before, we knew he can play it.

“We had to adapt slightly with the way we defend when we have a different partnership, with Virg or without Virg. We played pretty much a year or so, at least a year if not longer, always with Virg. Obviously as a team you have to adapt to that, for that you need smart players and thank God we have them. We did that and that’s it.”

After undergoing surgery in October, Van Dijk has now returned to the AXA Training Centre to continue the rehabilitation of his knee injury.

Working harder than ever.. https://t.co/ooh7kOSxnn

The Netherlands international was also in attendance as Liverpool powered to a 4-0 victory over Wolverhampton Wanderers at Anfield last weekend.

On the suggestion that Van Dijk could fulfil an advisory role to the team’s centre-backs, the manager said: “Virgil was in the first few weeks after he got injured not in a situation to talk to people and tell them how they have to play the centre-half position.

“Now he is back here and that’s all different in his mind. He is around, he was around the last game against Wolves, which was really nice. Now the boys speak to each other but what they speak about to each other, I have no idea. You have to ask them.

“But I didn’t ask Virg to explain to the other guys the centre-half position, I thought so far that’s my job and we did that as good as we could.”