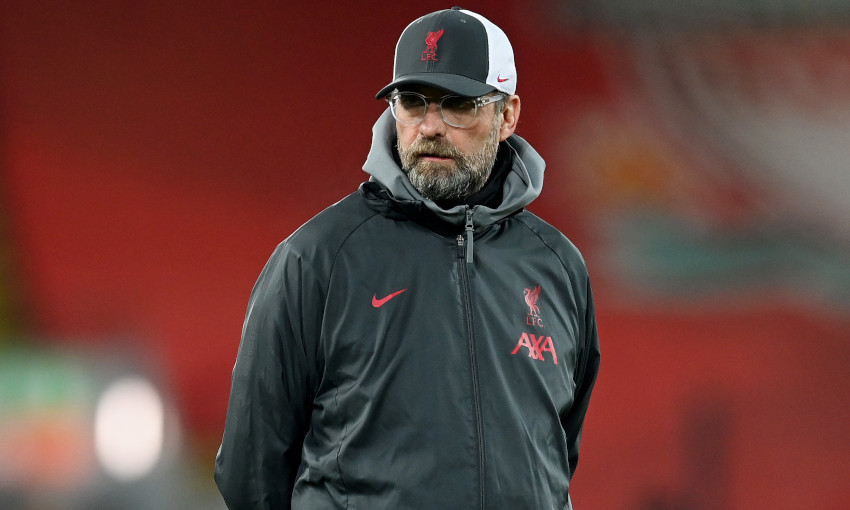 Jürgen Klopp anticipates Liverpool will come up against a Fulham side gaining confidence with each matchday upon their return to the Premier League.

Scott Parker led The Cottagers to instant promotion from the Championship last term after they were relegated from the top flight in 2018-19.

They currently occupy 17th position in the standings having garnered seven points from their opening 11 matches.

However, Klopp feels Fulham can have confidence regarding their prospects of retaining their Premier League status, acknowledging he has been impressed by the manner of some of their performances so far.

The manager explained during his pre-match press conference on Friday afternoon: “When I do the analysis for a game, we now are on matchday 11 and I didn’t see all 11 games, but I saw the last three.

“Yes, of course, they are growing and that is a normal process, by the way, and when you see then the number of points in that area of the table, it is not that somebody is already out of the race or something like that. They all have all the chance to stay in [the league] and Fulham is even in a slightly better position than others.

“That means in this situation, even when the results were so far not perfect, you can still be confident – they can have confidence. That’s what we expect. It’s a tough one with supporters [at Craven Cottage], I think, in London.

“With supporters, we felt a week ago the benefit of having our crowd there, so now Fulham, a small stadium, 2,000 people in, it will be a proper atmosphere, so we have to be ready for that.”

Liverpool’s own start to the Premier League campaign has them level with Tottenham Hotspur at the summit of the fledgling standings as they aim to successfully defend their crown.

There is little between the teams in the top half of the table, however, with just seven points separating first place from 10th.

Klopp, though, feels now is not the time to be thinking about positioning, but rather aiming to build a base for the rest of the season.

“I hope none of our players will think about [the subsequent match against] Tottenham when we are in Fulham, to be honest,” he stated.

“The situation is like it is at the top of the table, everywhere in the table pretty much, there is not a lot of distance in between. We know that and I don’t have to tell the boys constantly.

“Fulham are a really good football-playing side and the performances they showed were not all rewarded with results. The fight for staying in the league is a tight one as well, so each point helps and they will go for everything. If we let them play, they will play and the more we let them play, the more we have to defend and the more you have to defend, the more you have to run. All of these kind of things, we have to be really spot on in this game.

“Since Scott Parker took over there, there is a constant development to see. Getting promoted from the most difficult second league in the world is a tough one and he did that as a pretty young coach.

“So, he is doing a really good job and I respect that a lot. Now we go there, we have to see who is available and then we will try again our best.”

Nevertheless, Klopp insists regardless of whether his side are clear in front or battling for position with other clubs, their approach to each matchday doesn’t alter.

He detailed: “Look, I am not the most experienced guy who can tell you how it is when you have a big gap between you and other teams, but last year, for whatever reason, it was like this.

“Before a game, it is exactly the same like always, you want to win this game because it is not that you think, ‘Oh, there is a gap of 20 points between us and them, so we might play at 60 or 70 per cent’ – it is not like that. We felt under pressure from ourselves last year and that’s the same now, it didn’t change. You don’t look at other teams, it is much too early in the season.

“The last matchday is important, where are the others and where are yourselves. Before that, you just create a basis for the rest of the year and that’s what we are still in. Whichever situation is there outside us, we cannot change, so we are not focused on it so we just try to win the next game and that’s difficult enough.”