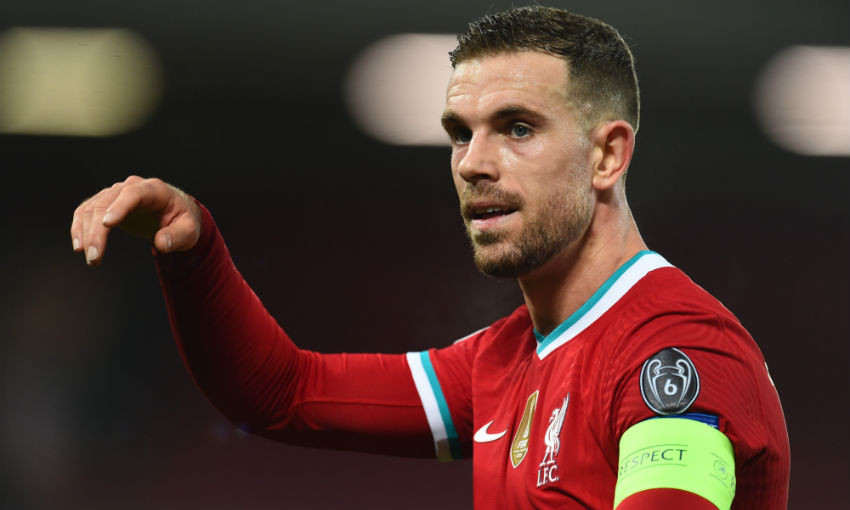 The Reds clinched top spot in Group D to secure their place in the last 16 with a game to spare thanks to Curtis Jones' second-half finish at Anfield.

They did so during an incredibly busy run and with an extensive injury list, which Alisson Becker joined due to a hamstring complaint ahead of the tie.

After overcoming those hurdles, Henderson was left delighted with the application and determination displayed by Jürgen Klopp's side against the Eredivisie outfit.

He told Liverpoolfc.com post-match: "A very big win, important. I thought the lads were excellent.

"We knew it would be a tough game and there's things we can be better in and, of course, we probably could have scored two or more goals, especially in the second half.

"But I'm really delighted with the performance and the character of the team with the setback of injuries that we've had of late.

"But to keep fighting and to get the three points and win the group is massive for us, so I'm delighted with that."

On the team's ability to come through adversity, the captain commented: "We've been like that for a long time and it's just about building on that and keep it going.

"No matter what 11 or 14, 15 or whatever it is that manages to play in the game, they give absolutely everything.

"We've got some fantastic players, especially the young players tonight who again showed the quality to get us the three points.

Job done. Into the knockouts. Massive credit to the young lads in the side tonight. Some big performances! https://t.co/uYmSsL4rbD

Two of the club's Academy products combined to produce the game's winner, with Jones neatly converting Neco Williams' cross at the back post with 58 minutes on the clock.

"Unbelievable, isn't he? Outstanding, some of the saves he made, important saves," Henderson said of the Irish stopper. "His distribution was excellent, coming out and commanding his area. I thought he was outstanding and a real plus for us.

"I'm delighted for Curt because he's worked really hard. He listens, he wants to learn all the time and I think over the last few weeks you've seen the maturity in his play and he's been outstanding. He deserved his goal.

"A great ball from Neco – I thought he overhit it, so I might have given him a bit of stick when he hit it! But it was a fantastic ball in the end. So I'm delighted for both of them."

Henderson concluded: "That's a big gap for us, not a small one! We've got to use that the best we can, recover and get ready for a tough game because Wolves are a good side.

"They got a big win the other day against Arsenal, so they'll be right up for it. It's another tough game for us but we'll recover and get ready for that one."