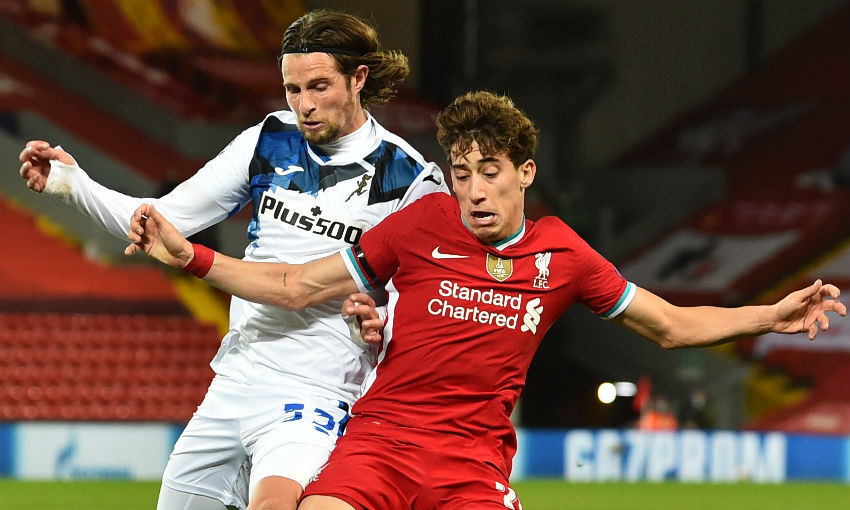 Liverpool suffered a setback in their Champions League Group D campaign as they were beaten 2-0 by Atalanta BC on Wednesday night.

After taking maximum points from their opening three games, the Reds’ lead in the section was diminished as Josip Ilicic and Robin Gosens struck in the second half at Anfield.

With AFC Ajax defeating FC Midtjylland elsewhere in the group, Jürgen Klopp’s side now hold a two-point advantage in the race to reach the last 16 with two fixtures remaining.

Klopp made five changes from the preceding Premier League victory over Leicester City, with Mohamed Salah restored to the starting line-up in an attack that also included Divock Origi.

In defence, meanwhile, Neco and Rhys Williams combined with Joel Matip and, in at left-back for his first Anfield appearance, Kostas Tsimikas.

A period of silence was observed before kick-off in memory of Argentinian legend Diego Maradona, who passed away at the age of 60 earlier in the day. 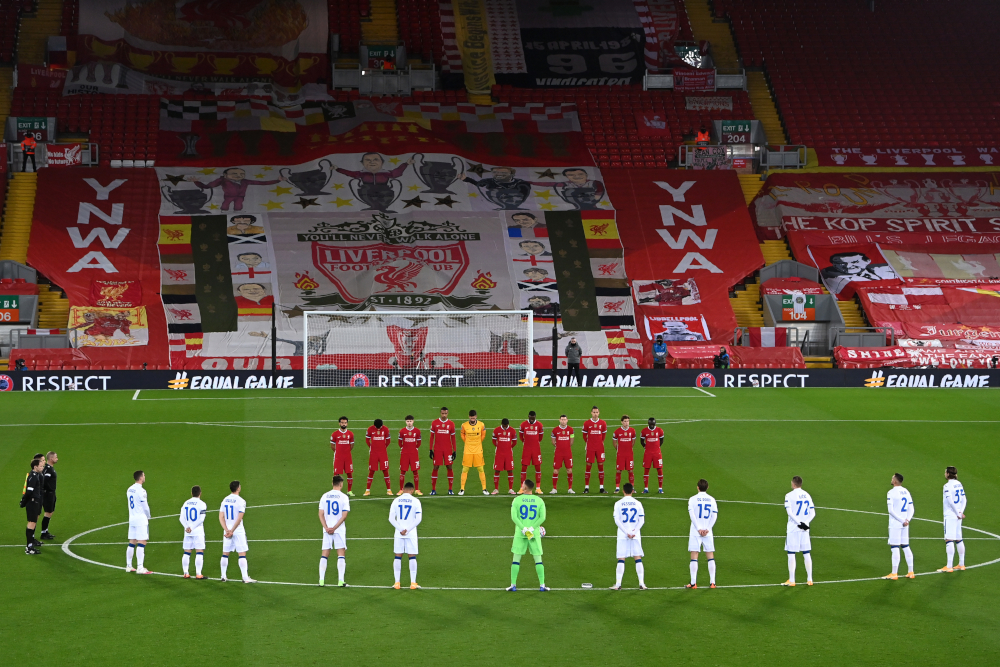 When the action began it was the visitors – quarter-finalists last season – threatening to open the scoring in the early stages through a series of promising chances.

On nine minutes, Gosens timed his surge off the left wing perfectly to collect a clipped pass over the Liverpool defence and power towards goal.

The angle seemed to be narrowing as he hurtled along the edge of the box but his thumped shot required a careful hook around the post into the Kop stand by Alisson Becker.

Immediately after, Atalanta stole possession from Neco Williams in the Reds half and Alejandro Gomez carried it at pace through the centre as he sought the right moment to strike.

Matip jockeyed him astutely, however, and he scuffed the eventual effort harmlessly wide to the right.

By contrast, the Reds struggled to generate meaningful opportunities, prompting Klopp and his coaching staff to demand greater movement in forward areas.

At the other end, meanwhile, Atalanta appeals for a penalty were rapidly rejected when Ilicic skipped into the area and went down as Georginio Wijnaldum tracked back.

Liverpool’s first attempt, uncharacteristically, arrived with 44 minutes on the clock. From a free-kick routine involving James Milner, Curtis Jones and Tsimikas, the ball came to Salah in the box, who nudged it into space and fired over the upright. 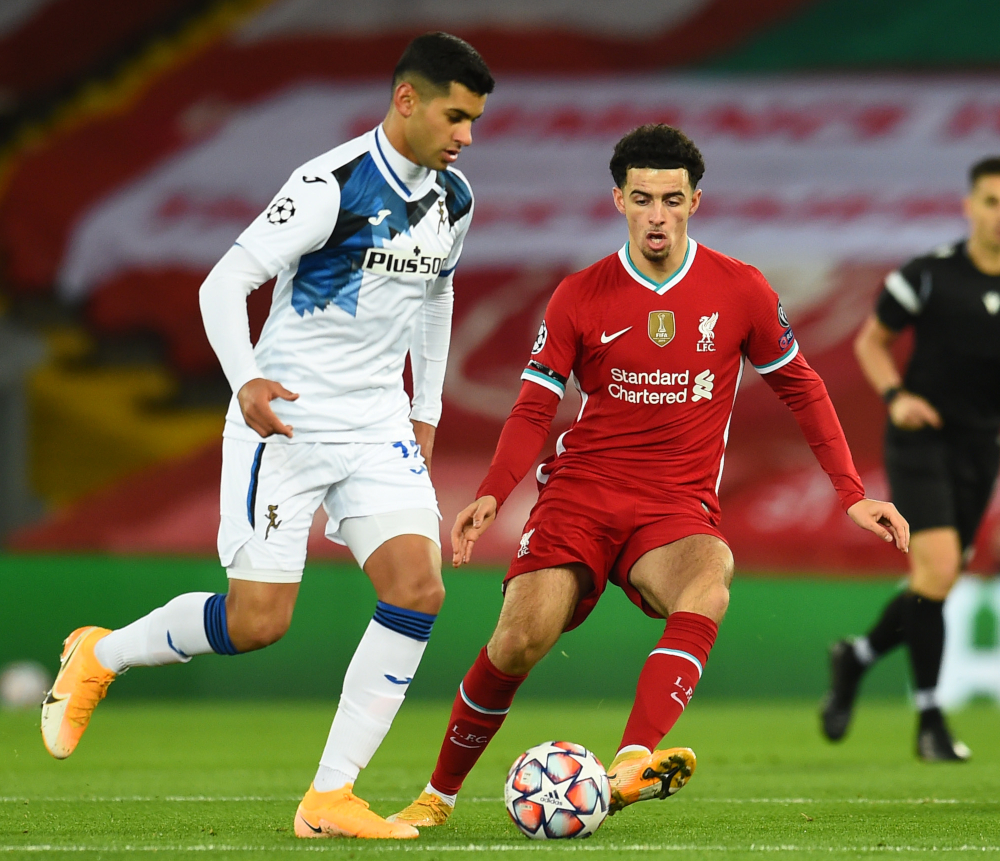 Little changed in the first quarter-hour after the restart, with Alisson successfully judging a rush from his line to prevent Ilicic from a one-on-one.

With this the Reds’ second match of three within six days, Klopp had signposted before kick-off that he would have to make significant changes during the game.

And he was already preparing a quadruple substitution when Atalanta breached the home backline in the 60th minute.

Gomez, who was at the heart of so much of their attacking play, picked out fellow forward Ilicic with a curling cross from the left channel and he prodded it past Alisson from close range.

The hosts pressed on with their intended introductions from the bench – on came Fabinho, Roberto Firmino, Diogo Jota and Andy Robertson.

But the quartet barely had time to settle into proceedings before Atalanta doubled their advantage from a similar play along their left-hand side.

Gomez guided in another delivery, this one deeper, and Hans Hateboer knocked it back into the middle of the box, where Gosens arrived to swipe a finish out of Alisson’s reach.

Liverpool tried to assert greater pressure in the time remaining, though Atalanta substitute Duvan Zapata sliced a presentable chance over and the Reds could find no way through.

It means a bunching of the top three in Group D, with Klopp’s men’s lead trimmed before they host second-placed Ajax on matchday five next Tuesday.