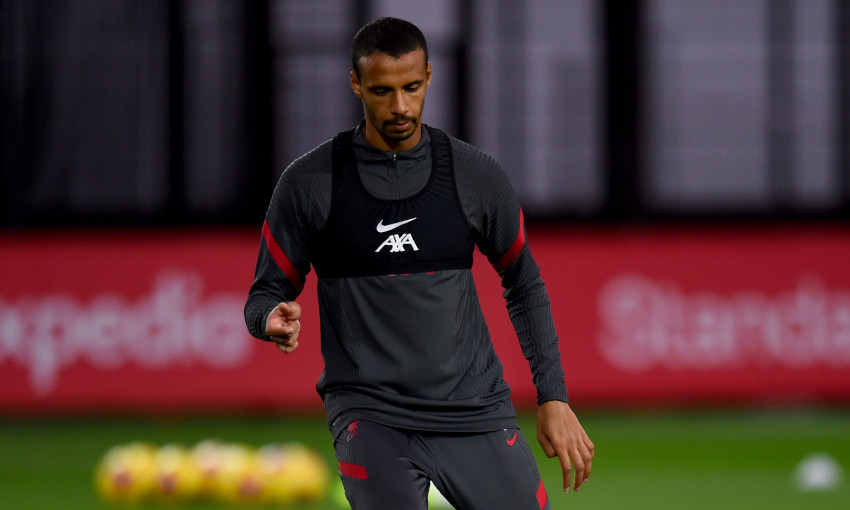 Jürgen Klopp declared Joel Matip an ‘incredible football player’ as he expressed his appreciation for the Liverpool defender.

The No.32 returned to match action in the 1-1 draw at Manchester City before the international break and is set to be the Reds’ senior recognised centre-back for the visit of Leicester City on Sunday.

Matip has made 114 appearances for the club since arriving on a free transfer from Schalke back in 2016, helping to secure Champions League and Premier League honours.

Ahead of the clash with Leicester at Anfield, the manager was asked if Matip, now 29, is coming into the peak period of his football career.

Klopp replied: “The best football age! Joel, since he was with us, he is incredible. He was incredible before, that’s why we signed him.

“He is an incredible football player, it’s unbelievable how good he is. Yes, he was unlucky with injuries. Before he arrived here he had no injuries, played for Schalke pretty much through four, five or six years.

“Here, when it starts with one and you have to be lucky from a specific moment, but they were all different. The last injury he had, someone cut his tendon on the toe by swishing, it was in the Everton game last season. Then you are out and it looks like you are vulnerable or whatever, but it’s just something everybody would have had if you are in the situation.