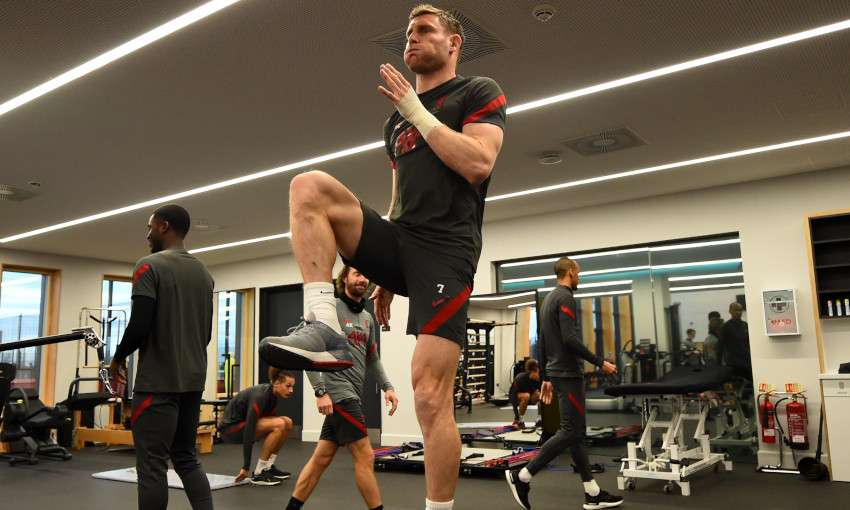 There's little James Milner hasn't seen or achieved in his 18-year career as a professional first-team footballer, but his hunger and desire to learn and help bring success to Liverpool hasn't diminished one iota.

The vice-captain is in his sixth season with the Reds, during which time he’s played a fundamental role in putting the Champions League, UEFA Super Cup, FIFA Club World Cup and, of course, the Premier League title in the Anfield trophy cabinet.

Nevertheless, ahead of today’s Premier League meeting with Leicester City, Milner has outlined why he’s determined to continue to give Jürgen Klopp something to think about when it comes to team selection and do everything he can to add to the silverware collection.

He told Premier League Productions: “The day you don’t keep learning or have that hunger, and feel that anger every time you’re left out of the teamsheet to not play, I think it’s time to hang up your boots.

“You want to contribute as much as you can and play every minute of every game. That’s not going to happen, you’re well aware of that, but I want to make things as difficult for the manager as I can, to play as many minutes as I can and push the boys in training.

“When the manager needs me, at whatever point that is – whether it’s on the bench or from the start – I want to make as big an impact as I can and help the team be successful.”

While many of Liverpool’s senior players have been on international duty over the past fortnight, Milner was among the group that took part in the first-ever team session at the club’s new state-of-the-art AXA Training Centre.

The move to Kirkby comes after the Reds said farewell to Melwood – their base of 70 years – and while the No.7 acknowledges the emotion at leaving the iconic facility, he’s confident the squad will soon feel at home in their new surroundings.

He said: “It’s sad [to leave Melwood]. The success we’ve had there, the five-and-a-bit years I was there and every day walking in and knowing the history, the legends who have been there and the trophies that have been brought back to that training ground, it was obviously sad leaving it.

“It’s down to us now to make this new facility our home and put some feeling into that and get the feeling that we had at Melwood and bring it into the new place. The biggest thing is [to] bring success and trophies to the new place as well.”

After the two-week international recess, Liverpool’s first assignment is a top-of-the-table clash with Leicester at Anfield this evening.

The Foxes have made a flying start to 2020-21 and sit one point ahead of the Reds in the fledgling standings.

“We know it’ll be a tough game,” Milner asserted. “They are very well-organised and we had some tough games against them last year and in years before.

“It’ll be a big test for us. They’ll be coming here confident and in good form, so it’s down to us to make sure we put in our best performance and fight fire with fire and hopefully we can come out on top.”