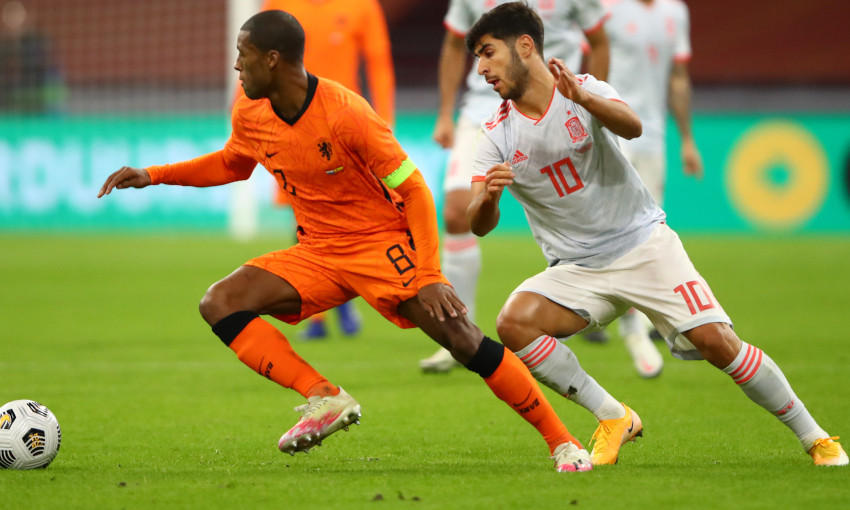 There were mixed fortunes for the six Liverpool players on duty for their respective nations on a busy day of international football on Wednesday.

Georginio Wijnaldum captained the Netherlands as he played the first half of their 1-1 draw with Spain in Amsterdam.

Xherdan Shaqiri was introduced during the interval but couldn’t prevent Switzerland falling to a 2-1 defeat by Belgium at Den Dreef in Leuven.

Kostas Tsimikas featured in the first half of Greece’s 2-1 victory against Cyprus in Athens, with his team racing into a two-goal lead inside the first 18 minutes.

In Africa Cup of Nations qualifying, Sadio Mane converted a penalty on the stroke of half-time to help Senegal defeat Guinea-Bissau 2-0 in Thies, while Naby Keita captained Guinea to a 1-0 home win over Chad.