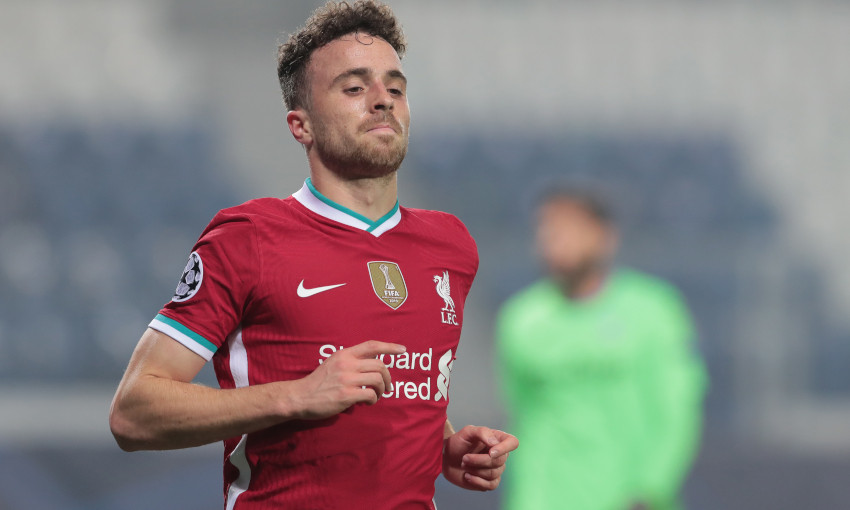 Liverpool forward Diogo Jota has won the Champions League Player of the Week award following his hat-trick against Atalanta BC.

The No.20 continued his stellar form in front of goal with a treble in the Group D tie to help the Reds to a 5-0 win that maintained their 100 per cent record.

The Portugal international has four goals in total in this season’s tournament.