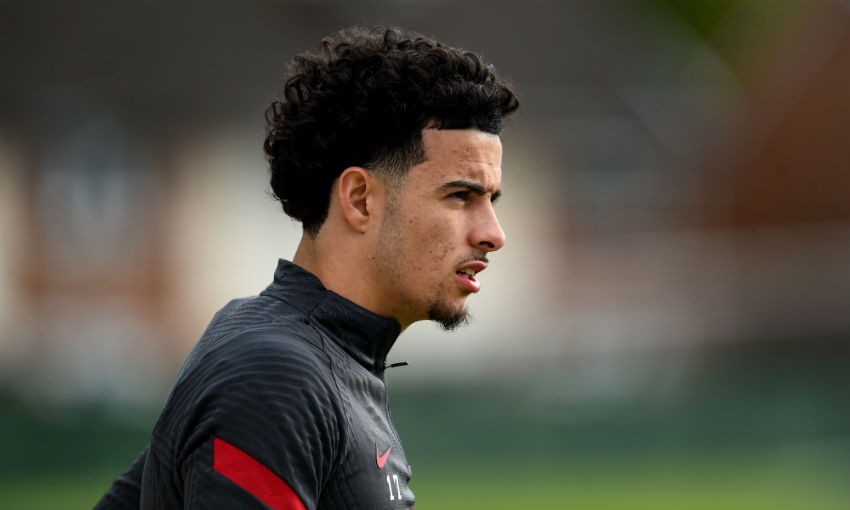 'It was the best night of my life' - Rhys Williams

The flamboyant and confident Curtis Jones you see on the football pitch is not the person you would encounter away from it.

The mental approach he adopts as a footballer, allowing the midfielder to shine bright in Jürgen Klopp's side, is a necessity when playing at the highest level, he believes.

But aside from those 90 minutes, Jones considers himself to be an unassuming Scouse lad with an interest in shooting free-throws at home and learning from sporting greats. 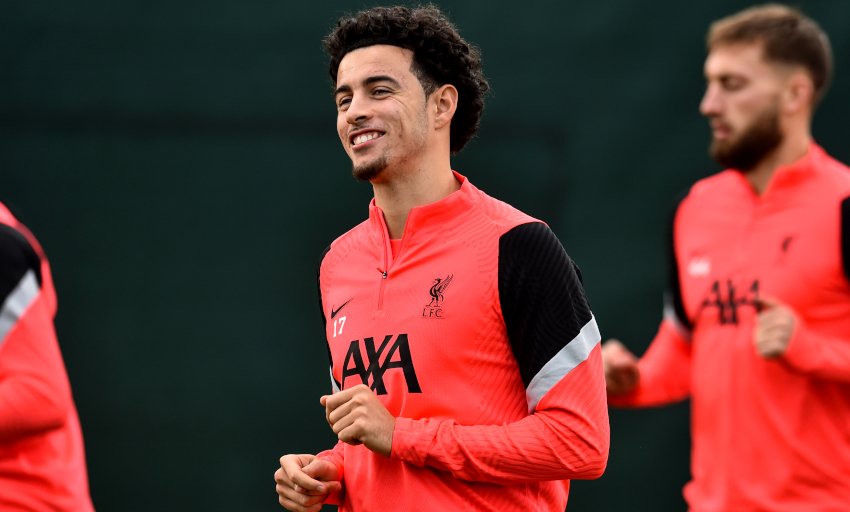 "I think I'm two totally different people on and off the pitch," the 19-year-old says in a conversation with Liverpoolfc.com. "I've never doubted myself, no. I've always believed in my ability and I always will.

"I'll always believe in myself to know that anybody that I'm up against, if you get the better of me in one game, then there's only one thing on my mind: the next game when I play against you, I'm going to beat you, it'll literally be me for the whole game playing against you.

"There's being confident and being cocky – I think there's a fine line in between that. I don't want to have people think that I'm going over that.

"Yeah, there's been times when my confidence is not as high but the last thing I'll ever do is doubt myself.

"Off the pitch, a lot of people know me for just being like a humble kid. I'm just humbled, relaxed, I'm chilled, I'll speak to anybody. I'll just try to be how I was brought up to be. I would never change.

"Obviously I'm still a little bit loud and can have a laugh, but I don't walk around confident and [act] how I am on the pitch.

"I'm different off the pitch."

At home, Jones' pastimes often involve looking at ways to better himself.

The No.17 details: "I like to study my own game a lot, I like to see what I can improve or position stuff and where I can get myself into better positions.

"I also like to watch a lot of players that play in similar patterns to me, confident players that like to do a bit on the ball – goals and assists.

"But I also like to listen to a lot of things that the likes of LeBron James, Michael Jordan, Kobe – those type of people who are big in the sports world – say about being confident, what they do and their schedules and stuff. Like trying to be the first one in the gym, the last one out of the gym, giving that little bit more that others don't give.

"Even though I go out with friends and stuff, I'll still like to study a lot."

Jones possesses a Premier League winner's medal, has captained and scored five goals – some memorable, some outstanding – for Liverpool, all before his 20th birthday.

He is kept humble by a close circle of trust, with heavy influence from his mum and older brother right from his days in the Academy through to being in the senior spotlight.

After his stunning winner against Everton in the FA Cup last season, for example, Jones just relaxed at mum's house. 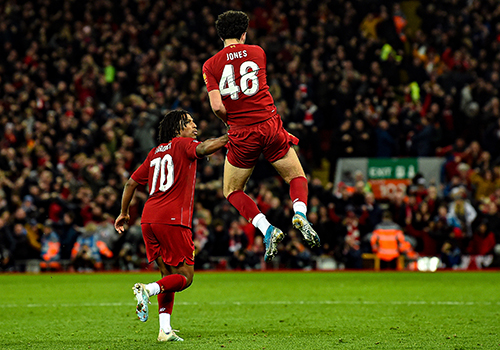 He adds: "I do these things that people talk about, but I'm not changing my way of life.

"I'm not using this goal to get myself into bars, clubs and stuff like that – I'm not doing that.

"I'm doing that to make my family proud, to repay the fans for the faith that they have in me and the manager and his staff. I'm doing it for them and, of course, me.

"I just went home, relaxed and probably had a cup of tea and relaxed with my mum."

Behind his already-impressive showreel in the Reds first team is hours and hours of work and repetition.

Speaking in a similar fashion to his NBA idols, he attests that moments of magic don't just come about. Glory is to be earned.

His Everton curler at Anfield was no fluke, as has been proved.

"Any player that does things that people say 'wow', I don't think it just happens," Jones concludes. "I think there's a lot of practice that goes into that.

"I was comfortable with that corner because I always do it – like exactly the same against Lincoln.

"There's plenty of times when I'll be bored and just get a ball and go out in the garden and just try them things. It's not done as professionally as it is at training! There'd be times when I was getting the ball and just smashing it into the goal just because I'm bored.

"But at training I definitely do practise that whip into the far corner a lot."