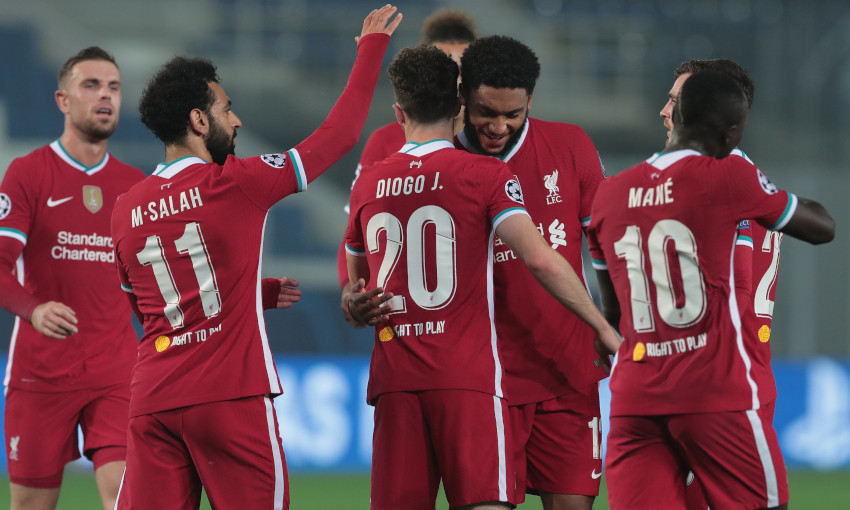 Liverpool maintained their 100 per cent record in the Champions League this season to open up a five-point lead in Group D.

The Reds produced a confident performance in Bergamo to emphatically defeat Serie A side Atalanta 5-0, with Diogo Jota’s hat-trick added to by Mohamed Salah and Sadio Mane in the second half.

Jürgen Klopp’s men therefore set a blistering pace in the section with a maximum nine points, five clear of both their opponents on Tuesday night and AFC Ajax.

The latter claimed their first victory in the group on the evening with a 2-1 result against FC Midtjylland in Herning.

There will be now a pause in the Champions League before the action resumes on November 25, when Liverpool will welcome Atalanta to Anfield and Ajax host Midtjylland.

Victory on matchday four would guarantee the Reds a place in the last 16.