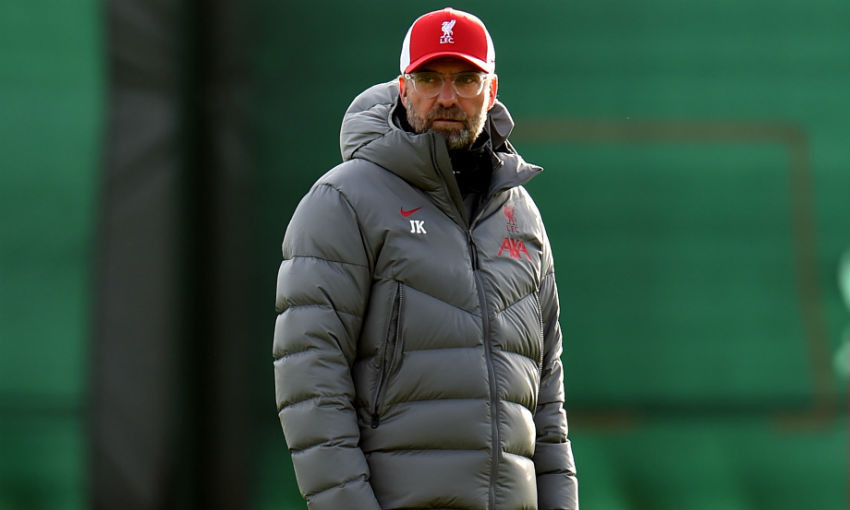 Jürgen Klopp expressed his confidence in Liverpool’s players continuing to battle and overcome the hurdles put in front of them this season.

A short turnaround following Saturday's come-from-behind win over West Ham United sees the Reds travel to Italy for a Champions League encounter with Atalanta BC.

Despite injuries to key personnel and a packed schedule, Klopp's side continue to find ways to deliver results – taking maximum points from their past four fixtures to sit top of the Premier League and Group D in Europe.

"When we talk about difficulties with schedules and fixture lists and stuff like this, we know that we all wanted this desperately – that we can play," the boss told Liverpoolfc.com.

"We knew that before we experienced it and now we are in it. So it's really a tough challenge but it's possible to get through it when the players are fighting the circumstances, like our boys do constantly.

"It's really intense but we enjoy it and let's hope we can continue result-wise like we did in the last few weeks.

"Apart from that, we know each game is a massive challenge for everybody because of the number of games we have."

Tuesday's encounter at the Gewiss Stadium represents Liverpool's first ever meeting with Atalanta.

Last season saw Gian Piero Gasperini's team reach the quarter-finals of the Champions League in the club's debut campaign, earning plaudits along the way for their high-scoring approach.

"They're a good side, a really good side," Klopp said of the opposition. "They had a pretty impressive race in the last few years, I would say. Super players, top coach and really difficult to play.

"To maybe compare them with teams in England or [ones] Liverpool fans know better, it's a bit like Leeds. From an organisational point of view, it's man-marking, it's very intense. Offensively, very flexible and defensively, very disciplined. That's how it is.

"Really top players, physically strong strikers and with [Alejandro] Gomez, how can you describe him? He's a 10, he's an eight, he's everything. He's everywhere on the pitch and is the connector in this team.

"So, some interesting things. They play usually with three in the back or five in the back, all these kind of things. Good organised and high quality is always a challenge to play against."