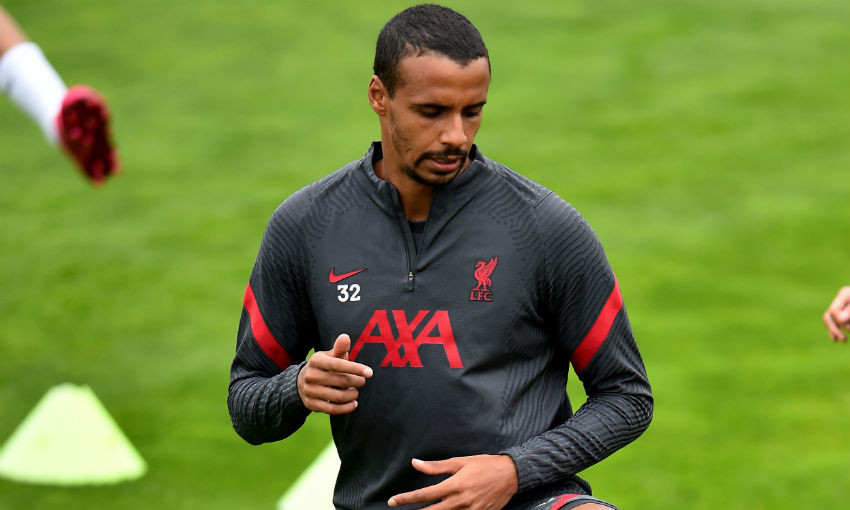 Naby Keita and Joel Matip have returned to full training, Jürgen Klopp has confirmed, but Liverpool will make a late decision on their involvement against Atalanta BC.

The Reds travel to Bergamo later today for their third match in Champions League Group D, against the side sitting behind them in second place.

And Klopp’s squad has been boosted by Keita and Matip joining their teammates at Melwood following Saturday’s Premier League win over West Ham United, though Thiago Alcantara did not feature in the session.

Asked for an update on any injuries, the manager told Liverpoolfc.com on Monday: “A lot, [but] I’m not sure about a new one. We have to see.

“Yesterday was recovery for some and normal training for the others, so now we have to see how the boys feel today. It’s pretty early now and I have not all the information, but I hope nothing serious.”

On Keita, Matip and Thiago, he explained: “Naby and Joel trained yesterday with the team, full, Thiago didn’t. So, that’s the situation.

“I have really no idea what I do with this information in the moment because yes, they trained, that’s good, it’s better than if they don’t train. But we have to see what we do with it.

“We have another day to make these decisions. A lot of players will be on the plane hopefully, and so decisions will be made late, late, late.”