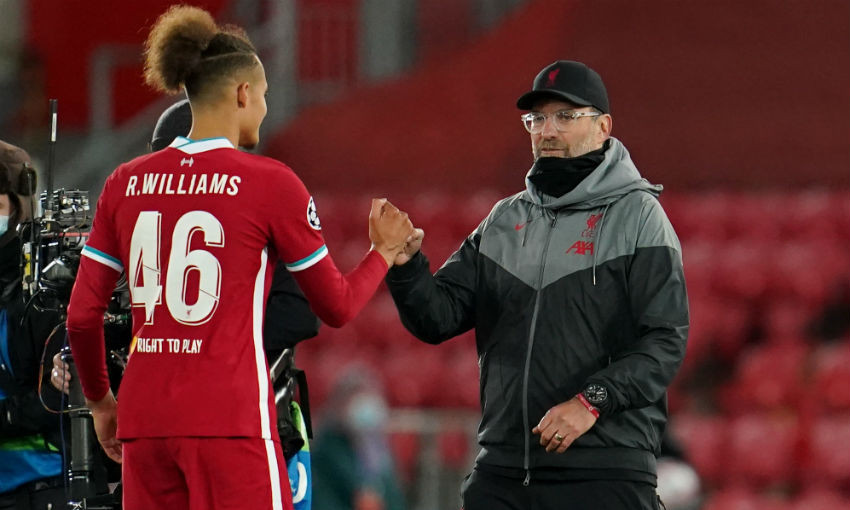 Jürgen Klopp has hailed the fearlessness of young defender Rhys Williams after he was thrust into Champions League action in midweek.

The 19-year-old defender was required to replace the injured Fabinho 29 minutes into the Reds' eventual 2-0 victory over FC Midtjylland at Anfield.

It was Williams' fourth first-team appearance for Klopp's side, and the boss continues to be encouraged by what he's seeing from the Academy graduate.

​In his programme notes for today's encounter with West Ham United, Klopp writes: "When players are not available and we cannot change it, we must not focus on it.

"Again, at the time of writing I don't know what the solution will be, but there will be a solution.

"On Tuesday night it was Rhys Williams and wow, what a performance. I love his attitude so much. The right amount of confidence and real courage in his approach. And I mean his all-round approach.

"His decision last season to go on loan to Kidderminster Harriers sums it up. Very much helped by Julian Ward and Alex Inglethorpe from our club, he chose to go there, embraced the opportunity and has returned to us more rounded and improved as a professional.

"I thank the coaches at Kidderminster for the education they gave him, but most of all credit to Rhys for rolling his sleeves up and committing to the idea.

"But – and here is the important part – it is still very early for Rhys, very early. The minutes he has in the Champions League came about because of circumstances. It is not a case of now he has arrived, and Rhys will know this. It’s one of his best qualities.

"This is a player very much in the early stages of his development. He is learning still. He learns every day. We must give him space to continue to learn, to make mistakes and come back from them.

"His focus must be – and we will make sure it is – on further development.

"There is no pressure or expectation on Rhys from us other than to keep looking to improve and soak up all the information he can and if opportunities arise, due to circumstances, do his best."

The Liverpool manager continues: "It is also worth pointing out that the players around him made a big difference to how we performed.

"Alisson, Joe Gomez, Robbo and Trent are all leaders in their own way and I think you saw the responsibility they took.

"Joe in particular has had to step up in recent weeks and he has grasped it in such an impressive manner.

"Joe is young in years but has a wealth of experience. He knows how important he is to us in general, but in this moment showing his best qualities on and off the pitch is so valuable.

"I love that he sees what we need from him and that he relishes this opportunity. Sacrificing for the team has never been more critical and in Joe Gomez and all of our players we have men who embrace it and inspire us all with their approach." 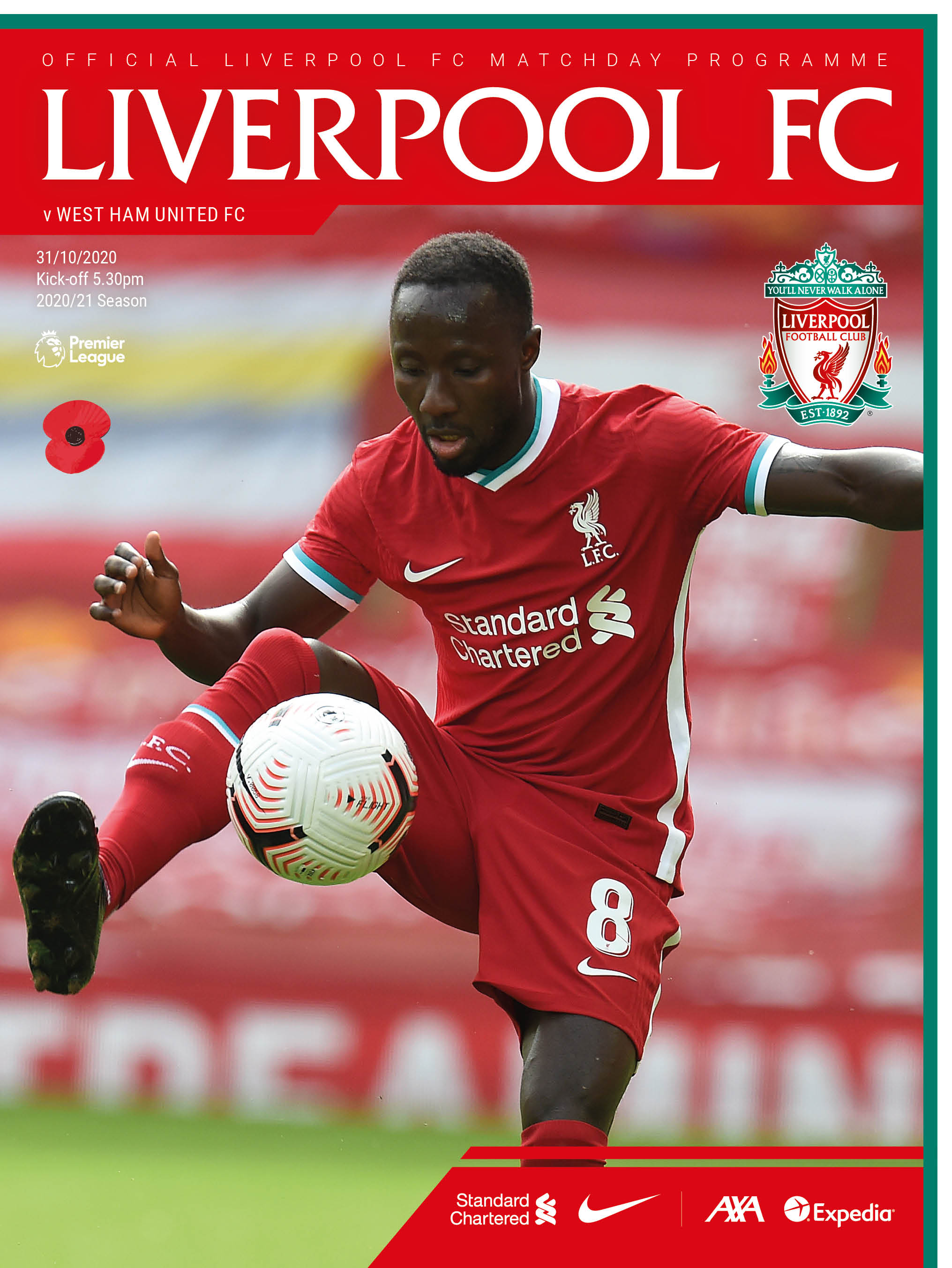