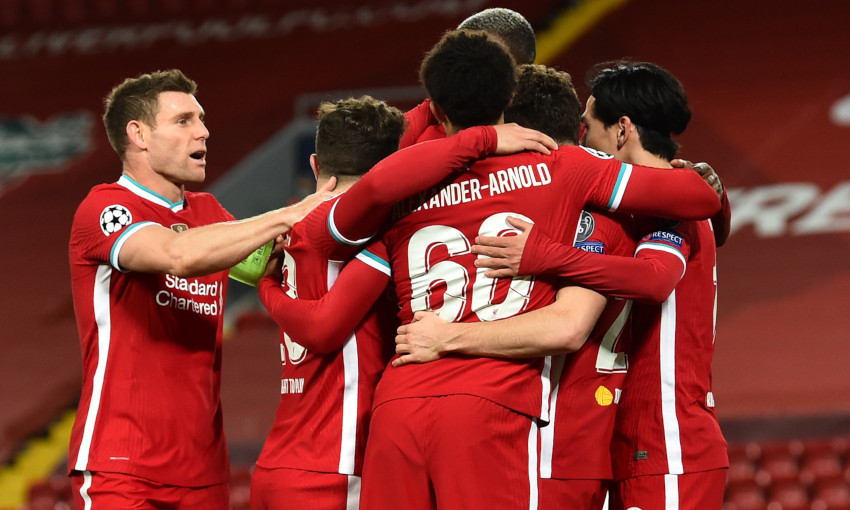 Liverpool established a two-point lead at the top of Champions League Group D on matchday two.

The Reds edged out FC Midtjylland 2-0 at Anfield, courtesy of second-half strikes from Diogo Jota and Mohamed Salah, to maintain a 100 per cent start to the tournament.

In Bergamo, meanwhile, AFC Ajax registered their first points in the section with a 2-2 draw against Serie A side Atalanta.

Dusan Tadic and Lassina Traore were on target for the visitors in the opening 45 minutes, but the home team recovered to rescue a draw through Duvan Zapata’s brace after the break.

It means Liverpool move into pole position in the group, two points clear of Atalanta, with Ajax in third and Midtjylland still without a point.

Group D continues next Tuesday night, when Liverpool travel to Atalanta for the first of back-to-back ties against the Italians, while Midtjylland host Ajax.