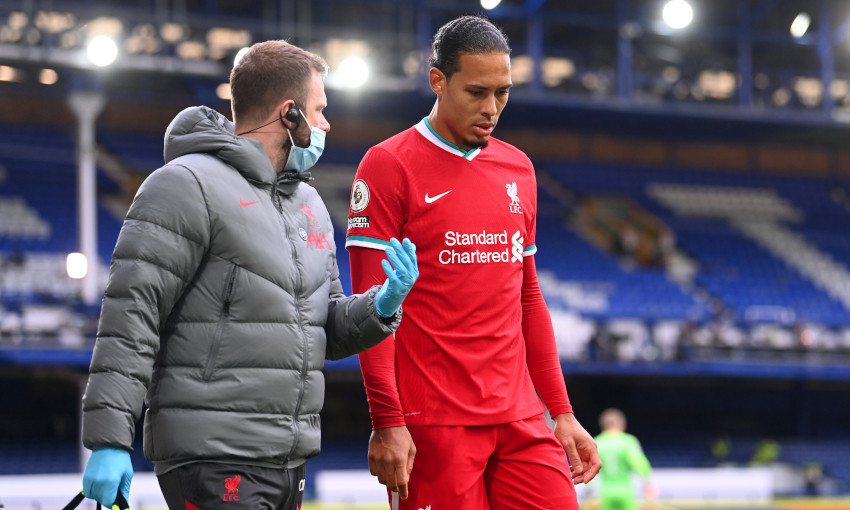 Jürgen Klopp confirmed Liverpool are waiting to discover the extent of injuries sustained by Virgil van Dijk and Thiago Alcantara during Saturday’s 2-2 draw at Everton.

Van Dijk was forced from the field inside the opening 10 minutes after picking up a knee issue following a challenge from Blues’ goalkeeper Jordan Pickford.

Thiago, meanwhile, was on the receiving end of a heavy lunge by Richarlison, which resulted in a red card for the Everton forward in the final moment of normal time.

Klopp told his post-match press conference: “When I left the pitch, Thiago told me in the red card situation with Richarlison he thinks he got injured. We will see if it’s true or not, but if he felt like this then we need to have a look.”

The manager added on Van Dijk: “I don’t know [how serious it is], I don’t know, but it is not good.

“Virgil played for us I don’t know how many games in a row. He plays with pain, he plays with pretty much everything, but he couldn’t play on. That’s not good.”

'The full package is required' - Klopp on facing Tuchel's Chelsea