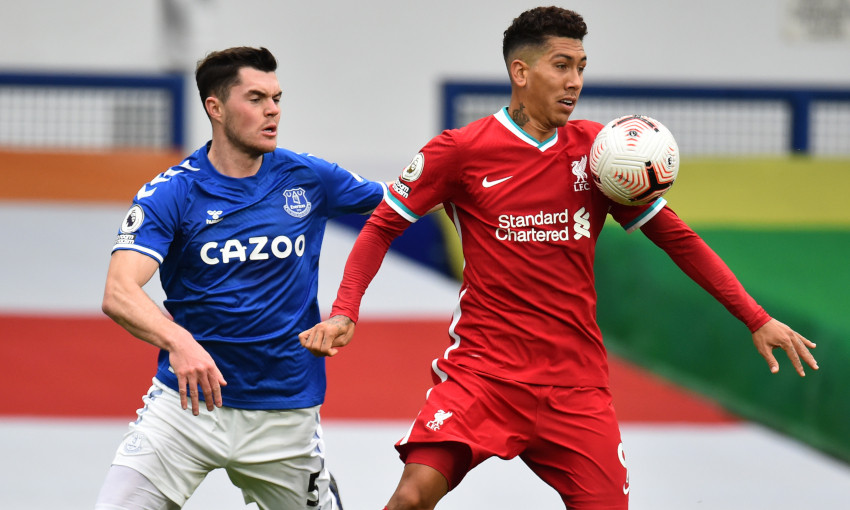 Liverpool made four changes from the heavy defeat at Aston Villa prior to the international break. Thiago was handed a first start, while Mane, Henderson and Joel Matip were also brought into the XI. Roberto Firmino made his 250th appearance for the club. 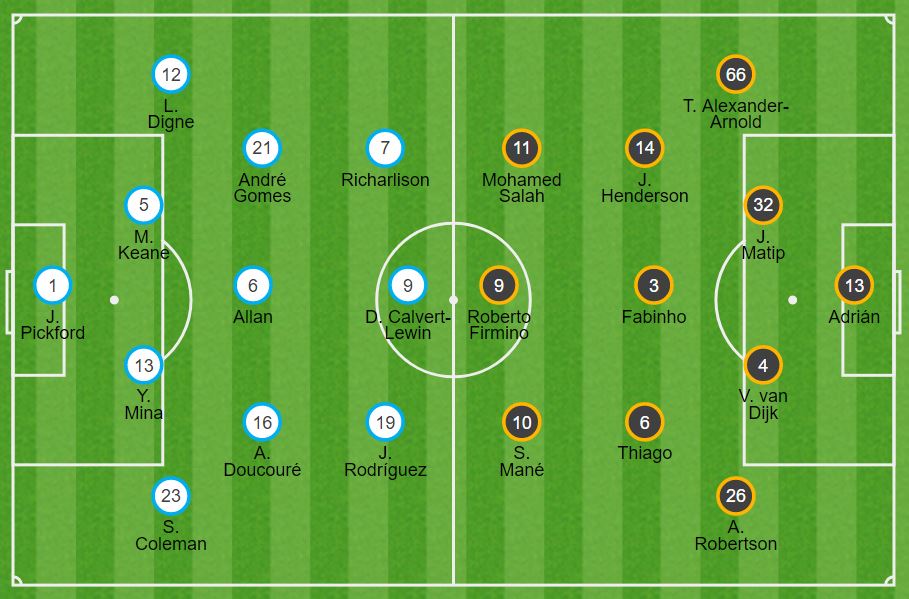 Liverpool got the contest under way aiming to show a response to the 7-2 defeat they’d suffered at Aston Villa prior to the international break.

However, Everton came into the fixture with a 100 per cent record from their opening four matches and sitting clear at the top of the Premier League table. Furthermore, the last three meetings in this fixture had ended goalless.

Nevertheless, the Reds made the start they’d been dreaming about after just three minutes.

Robertson beat Seamus Coleman to Salah’s pass and motored into the box before cutting the ball back for Mane to rasp into the top corner. Indeed, the forward was the last player to find the net in a Goodison derby back in 2016. 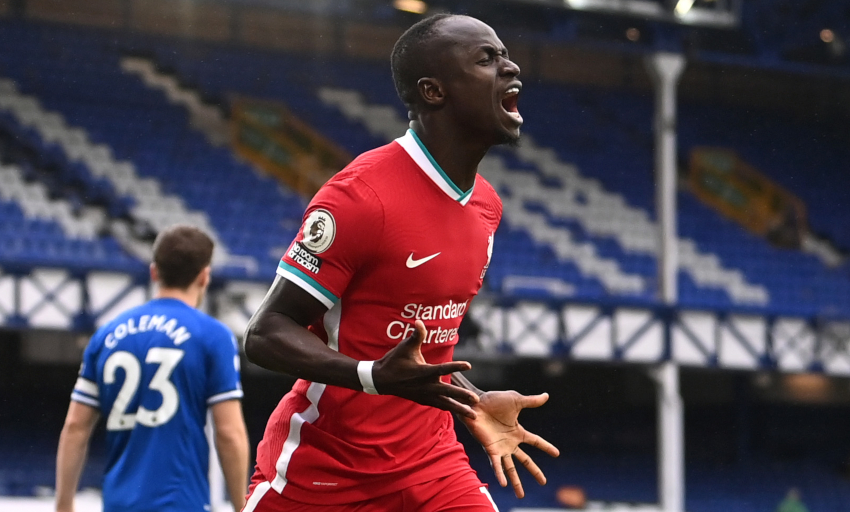 But Liverpool’s early joy was dealt a blow soon after when Van Dijk was forced from the field following a heavy challenge with Pickford. Joe Gomez was dispatched from the bench to replace him.

Still, the Reds were playing with fluidity and Firmino headed over from another Robertson delivery from the left. At the other end, Calvert-Lewin warmed the palms of Adrian with a drive from the edge of the area, though the frontman was flagged offside.

Everton’s No.9 gave cause for concern again on 19 minutes when he strode into the box and stuck goalwards from an angle, which the Reds’ ‘keeper pushed behind.

The resulting corner did yield success for the hosts, though, as Keane powered a header beyond Adrian from six yards to level the scoreline.

Liverpool’s response saw Salah find space on the corner of the box and shoot low at Pickford, while Trent Alexander-Arnold had a free-kick tipped around the top of the post by the goalkeeper.

On the half-hour, Carlo Ancelotti was forced to make a change of his own, with Coleman limping off and Ben Godfrey replacing him.

Thiago swiped wide from the edge of the box as the Reds probed again and Mane scooped off target when well positioned and unmarked from another Robertson pull-back.

Salah then had an effort blocked by Godfrey after a quick-thinking free-kick into his path from Thiago. The pair combined again soon after, this time the Egyptian shot tamely into the gloves of Pickford. 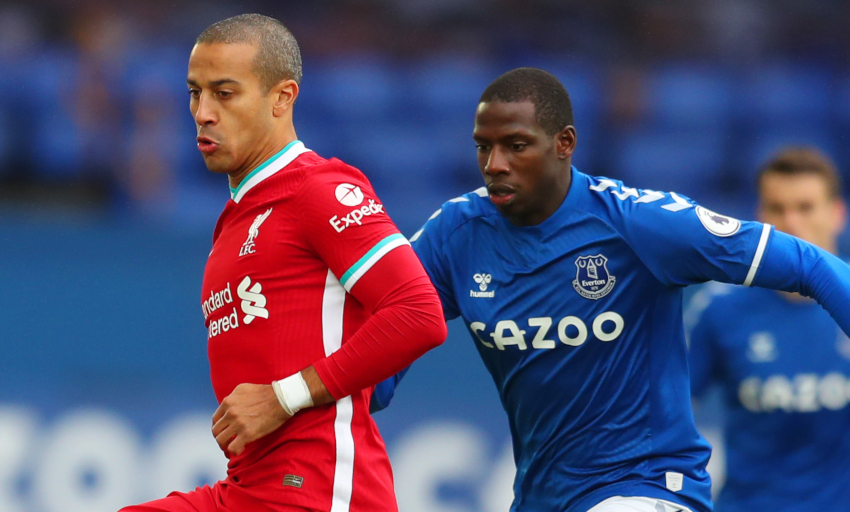 Liverpool began the second period as they had done the first – on the front foot – and Fabinho drove over the bar in the opening exchanges.

Soon after, Henderson’s half-volley from Keane’s headed clearance narrowly evaded the crossbar, while Calvert-Lewin went close to turning in Lucas Digne’s cross for the hosts.

Indeed, Everton were beginning to enjoy their best spell of the game and shortly before the hour, Richarlison crashed a header against the base of the post from James Rodriguez’s centre.

Next, Rodriguez forced Adrian into a low save to repel his skimming strike from range as the Blues threatened once more.

However, as the game entered its final stanza, Liverpool retook the lead.

Henderson bounded down the right and crossed into the area. Mina attempted to clear, but only diverted to Salah, who rasped in first time from 12 yards. It was the Egyptian’s 100th goal in just his 159th appearance for the club.

Robertson needed to produce a crucial challenge to prevent Everton responding quickly when Calvert-Lewin attempted to reach a ball into the area.

But only a fine stop from Pickford denied the Reds going further in front when the stopper clawed away Matip’s goal-bound header at a corner before he blocked a long-range drive from Salah.

And Everton drew level with nine minutes remaining when Digne stood the ball towards the back post and Calvert-Lewin rose to thump a firm header into the far corner.

Liverpool could have instantly regained the lead, but Pickford foiled Mane with a sprawling stop – and the home team went down to 10 men as the game ticked towards a conclusion when Richarlison was dismissed for a high challenge on Thiago.

And the drama intensified even further when Henderson had a goal ruled out in stoppage time by VAR, which adjudged Mane offside in the build-up, meaning the contest ended in stalemate.