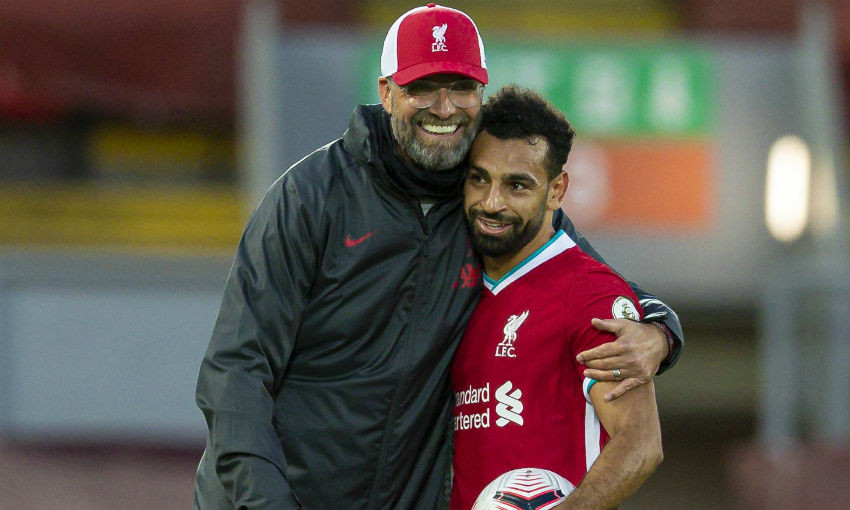 Jürgen Klopp has explained how the combination of Mohamed Salah's natural ability and first-class attitude makes him the outstanding forward he is.

The Egyptian has opened the 2020-21 season in impressive style, scoring five goals from the opening four Premier League fixtures.

The No.11 is also one strike away from bringing up his century for the club and would become the third-quickest Red to reach that milestone if he nets against Everton on Saturday lunchtime.

Asked whether Salah's achievements were down to his dedication or instinct, Klopp told his pre-match press conference: "All these players out there are a mix of all these things.

"There's a lot of natural ability, of course, but that alone doesn't bring you to the Premier League and doesn't let you win trophies in football. Without practising you have no chance, you have to do things again and again and again. We do these things.

"The boys don't have too much time after training that they do another 20 minutes whatever they want to do, because of the tight schedule [and] from a physical point of view that's not too smart and not really possible. But, of course, it's all about practising.

"How I said, the skillset of Mo is already outstanding but without his attitude during all his career, he would not be close to the player he is now. It's a mix."

On how pleased he's been with Salah's start to the campaign, Klopp said: "Very with the overall performance.

"OK, he scored twice against Aston Villa and they are nice in the list. But, of course, he would like to score in the other games when we win or help the team to win, I know that.

"But yes, his overall performance was really good so far. It looks like the complete performance – so, involved in the game, being a proper option for us for passing and still staying the incredibly sharp finisher. Good season so far, for sure."