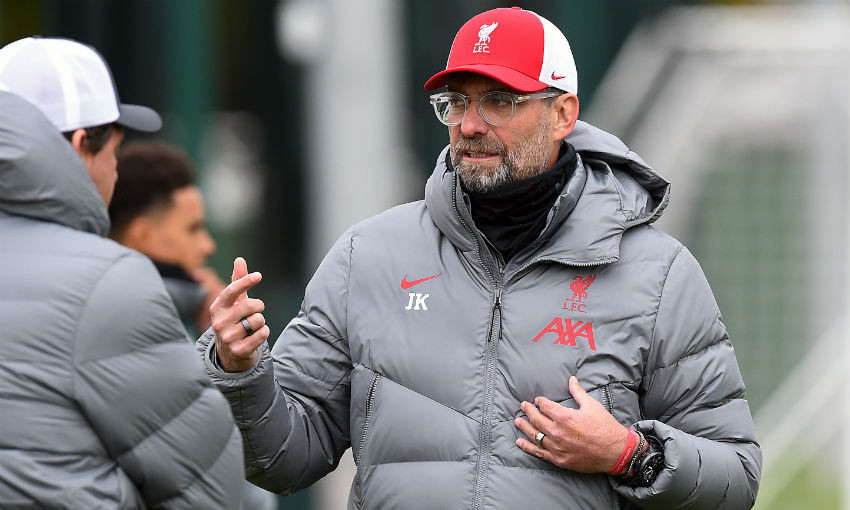 The boss will take charge of his 12th encounter with Everton when the Premier League champions head across Stanley Park on Saturday lunchtime.

The German has secured seven victories over the Reds' local rivals during his five-year reign at the club and is now targeting his second win at Goodison Park.

Asked about the feeling when waking up on derby day, Klopp told Premier League Productions: "Of course it's different but in the end, that's one thing.

"It's what you think in the morning of a derby day but then during the day you have to make sure that you do the right things again because the pure football things are not different to other games.

"Now people will say, 'Try and do it different' because we were not unbelievably successful at Goodison in the last few years – we didn't lose a lot but we didn't win a lot there, that's true as well.

"The games were not highest quality – neither Everton or us played their best football in these games. But I think we still should give it a try.

"The home games for us were obviously different so far but they were difficult anyway as well.

"So, around the game in the last few minutes it's a normal football game but, of course, we all know about the importance for our people and that's the main reason why we play football.

"If it would not be important to our people, to our supporters then there's no reason why we do this on the level we do it. So, we know it and try to use it."

Liverpool head to the current league leaders as Carlo Ancelotti's side have made a perfect start to 2020-21, winning all four of their top-flight matches so far.

Working towards the weekend 💪 https://t.co/RlREeEnWB2

"Top team, top manager. What I think about Carlo Ancelotti was never a secret," Klopp continued. "I couldn't respect him more as a person and as a coach. He's a wonderful human being, to be honest.

"I knew from the first day when I heard that he will sign for Everton, I thought, 'Ah, the next proper challenger in line.'

"Now I think they did perfect business in the summer. They found pretty much exactly the players they needed to improve an already pretty good football team. Together with being more used to what Carlo wants them to do makes them a pretty strong team.

"I'm really not surprised about the way they play."