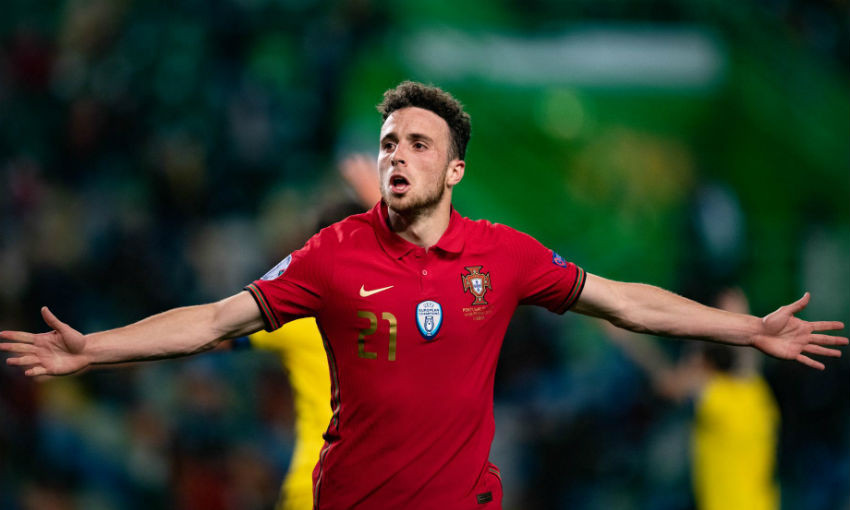 Diogo Jota registered two goals and an assist to inspire Portugal to a 3-0 victory over Sweden.

The Liverpool forward set up Manchester City’s Bernardo Silva to open the scoring in Wednesday’s UEFA Nations League match in Lisbon, and made it 2-0 himself with a calm finish shortly before the break.

Jota then got his second of the game 18 minutes from time by driving inside from the left and drilling a low shot into the near-bottom corner to wrap up a comfortable win for his country.

Neco Williams also enjoyed a productive night as he provided a fine cross for Jonny Williams to steer in a late winner as Wales beat Bulgaria 1-0. The Reds full-back started in Sofia alongside club-mate Harry Wilson.

Virgil van Dijk and Georginio Wijnaldum both played the full 90 minutes of the Netherlands’ 1-1 draw with Italy, while Jordan Henderson came off the bench late on as England lost 1-0 to Denmark. Trent Alexander-Arnold and Joe Gomez were unused substitutes at Wembley.

Divock Origi and Caoimhin Kelleher also both remained on the bench throughout on an evening of contrasting fortunes for their respective nations. Belgium won 2-1 in Iceland, but the Republic of Ireland were defeated 1-0 by Finland.