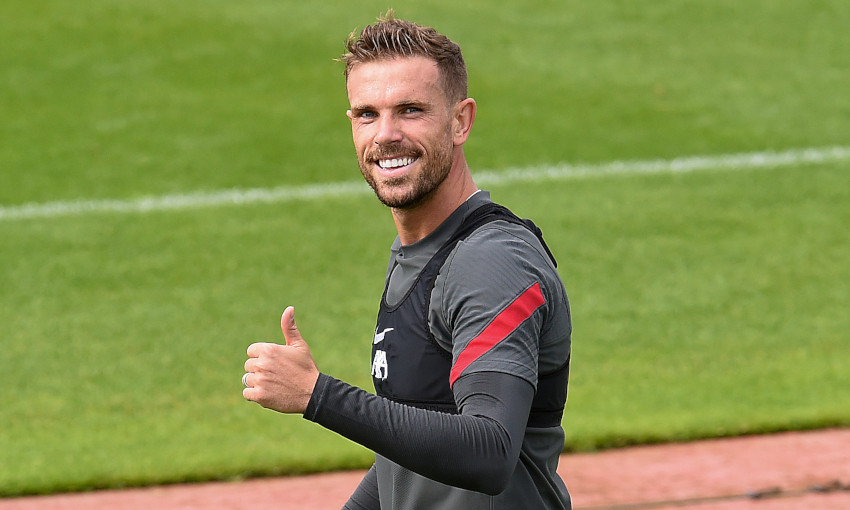 Jordan Henderson feels 'as good as I've ever felt' physically as the Liverpool captain aims to continue playing at the highest level for as long as possible.

The midfielder is currently on international duty with England as he builds up fitness following the muscle issue that sidelined him for his club last month.

The Three Lions face Belgium in the UEFA Nations League this evening, before hosting Denmark in the same competition on Wednesday night, with both games at Wembley.

“He will have minutes for England, I think, which is then a proper win/win situation and I am really happy about that,” said Reds boss Jürgen Klopp ahead of the break.

Speaking about his fitness for the long-term, Henderson outlined his belief and ambition to maintain his role for club and country for many years to come.

“I’m just turned 30 and I still feel about 25 physically and I feel as good as I’ve ever felt,” he said. “I’m at a good point in my career in terms of my experience and physically there’s not even a question about anything like that at the moment.

“I want to try to play as long as possible. I still love the game and I want to play for England and Liverpool as long as I can.

“I’ve always lived my life the right way in terms of doing everything right, eat the right things, sleep right and live my life the best way. So even in the next six or seven years I should hopefully be able to perform at the highest level.

“At the minute I feel physically very good and feel I am at a good part of my career in terms of the balance of experience I’ve had in the last 10 years but also I feel very strong.

“I was a bit unfortunate to pick up the knock I did at the end of last season with a bit of a bizarre challenge, which I picked up my knee injury, but I rehabbed well and feel really good now.”