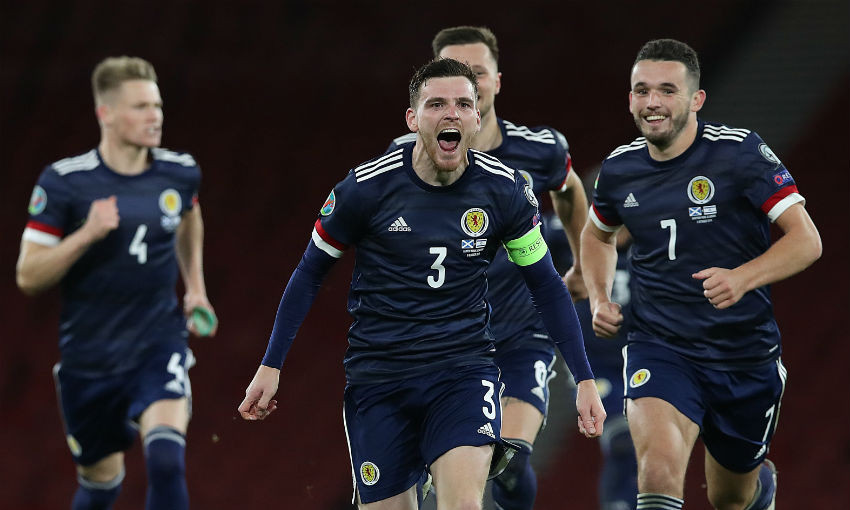 Andy Robertson captained Scotland to a penalty shootout victory over Israel in a Euro 2020 semi-final play-off on Thursday night.

The left-back played the entirety of the goalless 90 minutes and extra-time as Steve Clarke's side then emerged 5-3 winners on spot-kicks at Hampden Park.

Scotland will now take on Serbia in a play-off final on November 12 with qualification for next summer's European Championships on the line.

Gomez played 58 minutes of the friendly, while Welsh full-back Williams appeared as a 40th-minute replacement for Kieffer Moore. Trent Alexander-Arnold was an unused substitute.

Former Reds Conor Coady and Danny Ings were on the scoresheet for the Three Lions.

Elsewhere, Divock Origi came on for Belgium in the second half of their 1-1 draw with Ivory Coast in an exhibition.

And Caoimhin Kelleher was an unused substitute as the Republic of Ireland were beaten by Slovakia on penalties in another Euro 2020 semi-final play-off.