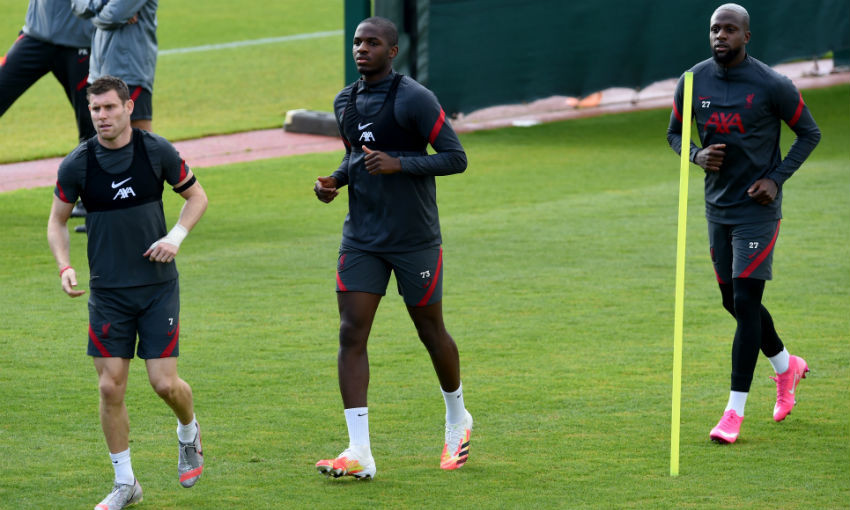 Five members of Liverpool’s first-team squad have been ruled out of Thursday’s Carabao Cup clash with Arsenal at Anfield.

Kostas Tsimikas has joined Jordan Henderson, Joel Matip and Alex Oxlade-Chamberlain on the sidelines due to a thigh issue sustained during last week’s 7-2 third-round victory over Lincoln City.

Thiago Alcantara, meanwhile, is unavailable for selection after testing positive for COVID-19 and is self-isolating as per the necessary guidelines.

“Jordan, we will re-evaluate on Friday after this game to see if he can be ready for Aston Villa,” Reds assistant manager Pepijn Lijnders told Liverpoolfc.com on Wednesday.

“Joel is the same as what I said last week, he will be ready [after] the international break and use the time to prepare the Everton game.

“Ox is progressing well. He's in a good way and it's really important for him that this first phase goes smooth. But, of course, that takes a much longer time.

“We have Kostas, who after the Lincoln game had a thigh problem. We thought it would settle, it didn't, so he will need more time. He will not be involved on Thursday and also not on Sunday.”

Billy Koumetio may be available, though, after the defender played an hour for the U18s against Manchester City at the weekend.

A knock had kept teenager Koumetio out of action for a short period, with Lijnders stating: “The reason he played only 60 minutes in the U18s game at the weekend was due to medical reasons, so we have to look to see how he is.”

Arsenal have welcomed defenders Sokratis Papastathopoulos and Cedric Soares back to full training in the build-up to this game. Emile Smith Rowe is edging closer to a return after a shoulder injury.

But the Gunners will continue to be without Calum Chambers (knee), Shkodran Mustafi (hamstring), Pablo Mari (ankle) and Gabriel Martinelli (knee).

Speaking about the possibility of making changes in the aftermath of the 3-1 Premier League defeat at Anfield on Monday night, boss Mikel Arteta said: "We will see how the boys are and how they recover.

"Obviously today was physically a really demanding match. We will see the players that we have available and try to come here to win again."