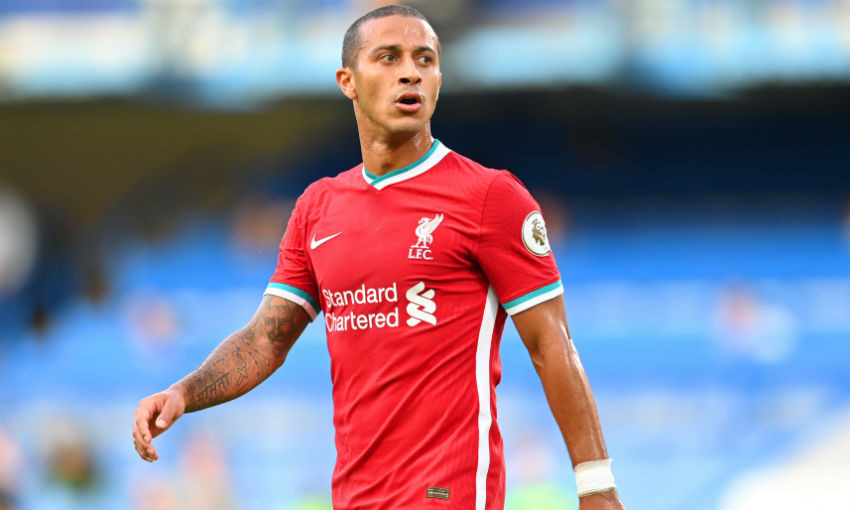 Jürgen Klopp has explained Thiago Alcantara is likely to be sidelined until after the forthcoming international break.

The No.6 was ruled out of Monday night’s Premier League meeting with Arsenal due to a minor fitness issue.

And speaking before kick-off, the manager revealed Thiago is expected to come back ahead of the Merseyside derby in mid-October.

“After the international break he will be fine, for sure,” Klopp told Sky Sports.

“That’s the situation in the moment. He is not fit enough to be involved today, but that’s it.”