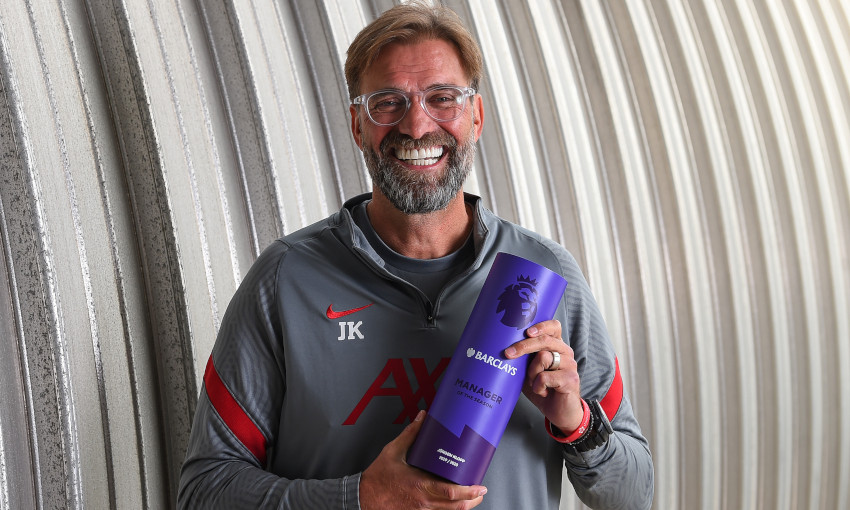 Jürgen Klopp was today presented with the Premier League Manager of the Season award at Melwood.

The boss scooped the prize in August after guiding Liverpool to their first league title in 30 years in spectacular style in 2019-20, racking up a club-record 99 points.

Indeed, the Reds set a benchmark for the earliest win in history by doing so with seven matches still to play.

The German was also named as League Managers Association’s Manager of the Year for last season.