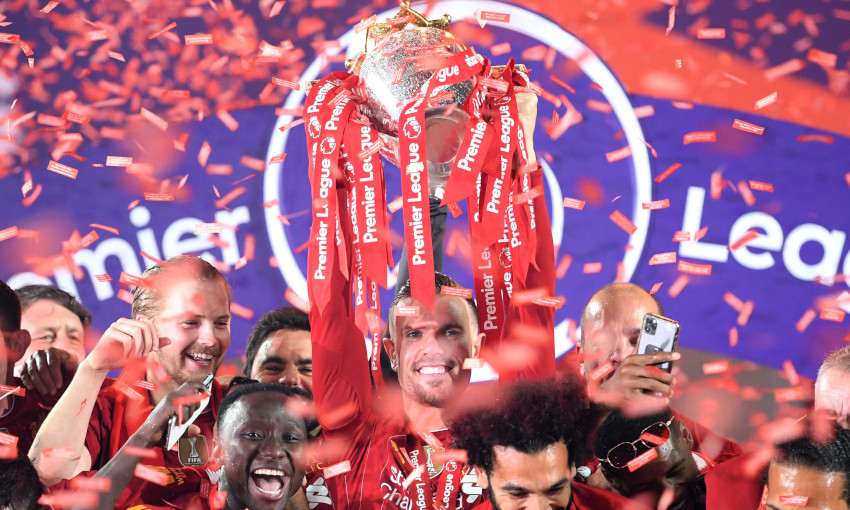 Four Liverpool players have been shortlisted for the PFA Players’ Player of the Year award for 2019-20.

Virgil van Dijk, Jordan Henderson, Sadio Mane and Trent Alexander-Arnold are all in contention for the prize having been voted for by their fellow professionals after helping the Reds to the Premier League title.

The quartet are joined on the shortlist by Manchester City duo Raheem Sterling and Kevin De Bruyne.

Alexander-Arnold is also in the running for the PFA Young Player of the Year accolade, facing competition from Tammy Abraham, Mason Mount, Mason Greenwood, Marcus Rashford and Bukayo Saka.

The winners will be revealed next Tuesday, September 8, from 7pm BST via a broadcast on the PFA’s social media channels.

Van Dijk is the current holder of the trophy having won it last year for his performances in 2018-19.

Other Reds to have clinched the prize in recent times include Mohamed Salah, Steven Gerrard and Luis Suarez.