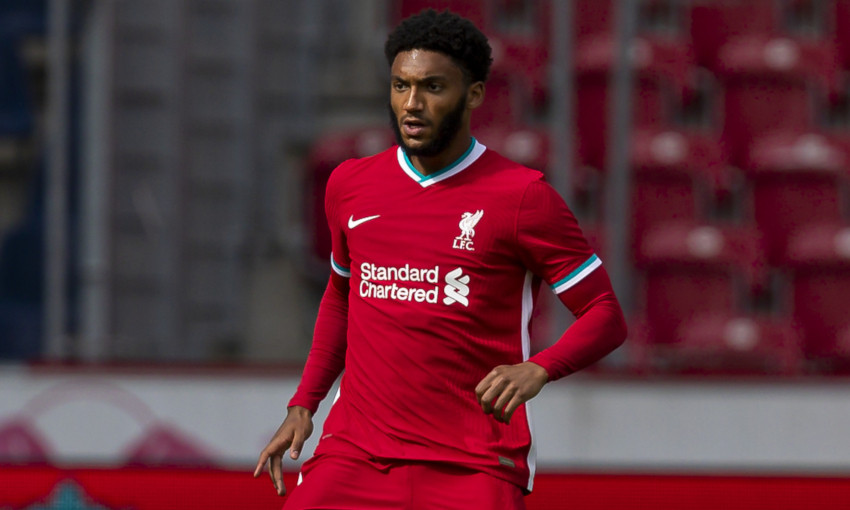 Liverpool will require a determined and prepared mindset to overcome the physical demands of the new season, explained Joe Gomez.

The 2020-21 Premier League campaign is set to kick off on September 12, around four weeks later than usual, with the Reds to begin their title defence at home to Leeds United.

The increased intensity anticipated in a narrowed schedule will be a challenge, according to Gomez, but one that can be handled mentally as much as physically.

“Obviously it was a short break and then we had the restart and then the period when we switched off for a couple of weeks and that was that,” the defender told Liverpoolfc.com.

“But I think more than anything, the gaffer instils in us that it’s a mental battle more than physical half the time, so we’ll be ready and we have a squad full of quality to rotate when needs be.

“The main thing is, mentally we are ready to go. And I think everyone is hungrier than ever.”

In a repeat of their opening to the previous season, Liverpool were beaten on penalties in the FA Community Shield after a 1-1 draw at Wembley on Saturday.

The Reds fell behind to Arsenal as Pierre-Emerick Aubameyang struck in the 12th minute, but rallied as the game progressed and forced a shootout courtesy of Takumi Minamino’s first goal for the club.

Jürgen Klopp’s men lost the battle from 12 yards, however, with Rhian Brewster unfortunately the only taker to miss, his powerful effort hitting the crossbar.

“We created a fair few chances,” reflected Gomez. “Obviously we relied on that spark and Mo and Taki provided that. There’s positives to take, as well as things we can work on.

“The positive thing is now we obviously all split up [for international duty], but some will stay at Melwood and work in that short period before we come back for the start of the season to correct those minor details and hopefully be ready when the season starts.”

He added: “The quality coming off the bench showed that [the manager has the option to make tactical changes] and they brought a real bright spark into the game.

“That’s going to be so important for us this year. We’ve always had such a strong squad but I think now more than ever and hopefully we can use that and I think everyone will play their part.”