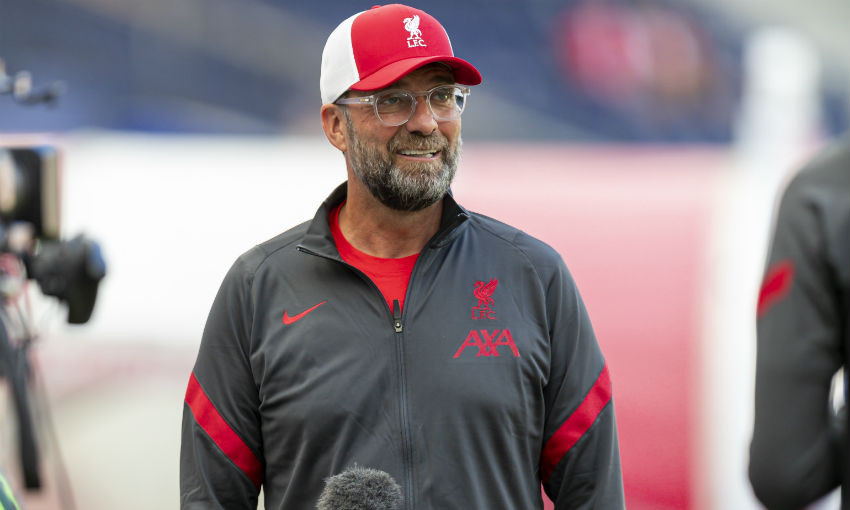 Jürgen Klopp has confirmed a number of his Liverpool players will play more than 45 minutes in today's friendly with Salzburg.

The Reds boss has opted for a different approach to Saturday's victory over VfB Stuttgart, during which he made 11 changes at the half-time interval.

Asked whether the starting XI will feature in the second half against Jesse Marsch's team, Klopp told Liverpoolfc.com: "Not all, I don't think. Some will play 60, some will play 45.

"We decide that when I see the first half – who looks tired more than he should and stuff like this and then we make the change.

"We have three or four more days to prepare for the Community Shield, so we should make sure that we have there a really strong line-up on the pitch."

Previewing the encounter with Salzburg, the boss said: "The trip is complete when this game is played, so there's two, three hours in between now and then.

"Training [was] promising, it was relatively high intensity in the session. Yesterday not that much. We focused on throw-ins in the last two days a little bit, so we tried to use Thomas [Gronnemark] because he was over and it was important to us.

"To be honest, we played like a full very, very intense training session. Is it the highest quality? I don't know. We will see.

"So far really good but this should be good as well in all parts of the game – like everybody comes through and stuff like this. That would be really important."