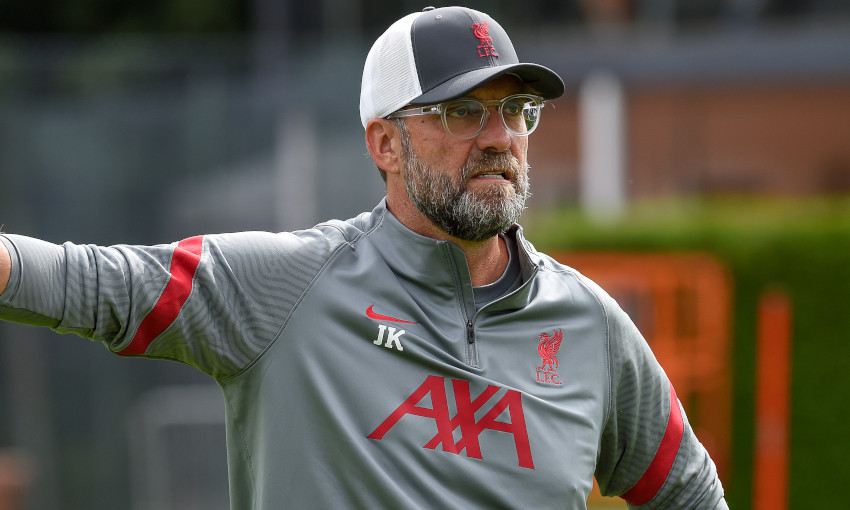 Jürgen Klopp 'couldn't be happier' with what Liverpool have achieved during their stay in Austria as their training camp draws to a conclusion.

The Reds will sign off from their stay at the base on Tuesday with a friendly against Red Bull Salzburg before returning to Melwood to prepare for the Community Shield clash with Arsenal at Wembley.

Klopp is pleased with the work he and his staff have been able to do with the players over the past nine days, particularly given the champions were required to switch venues from Evian to Austria at the last minute.

“We are coming close to the end, but there are still two very, very important sessions to come,” Klopp told Liverpoolfc.com at the conclusion of Monday’s first session.

“This afternoon we have an 11 versus 11 session, tactical stuff, really important, and then tomorrow night the game against Salzburg.

“So far, I couldn’t be happier, to be honest, because 10 or 11 days ago we had no idea if we could go to a camp, we had no real solution. But thanks to our guys, with Ray [Haughan] and Phil Holliday – and thanks to OnSide, I have to say, who organised it here – it is unbelievable. It is one of the best camps we ever had – and nobody would have thought that a few days ago. It is absolutely great.

“It is not cool that in the moment we have one or two injuries; not massive, but enough, and for the players it is always bad and we want to have the pre-season for all of them. But so far, most of the things we could do with the majority of the players, so that helps – but it must do because in five days we will play against Arsenal and that will be a tough one.” 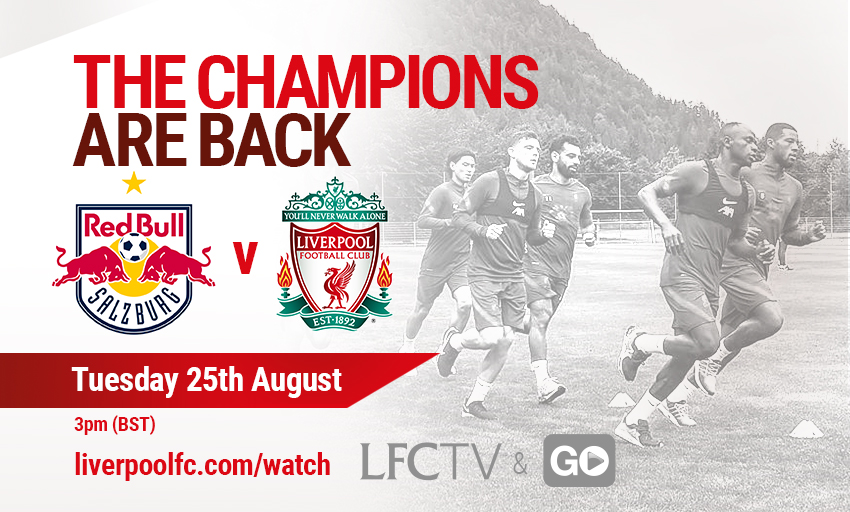 Liverpool defeated Stuttgart 3-0 in Saalfelden on Saturday in their first pre-season friendly of the summer ahead of tomorrow’s meeting with Salzburg.

The teams went head to head in the Champions League group stage last season, with the Reds edging the Anfield meeting 4-3 before sealing a 2-0 win in Austria in the return.

“A few players are still there – defensively, I think nothing happened too much,” Klopp said of Jesse Marsch’s team. “Obviously offensively we [now] have Taki, Haaland left and Hwang left as well, so three very dominant players for them. It will be interesting.

“They’ve always had solutions in the last years, always had solutions, and the style never really changed. It was always very lively, very aggressive, so it will be a challenge for us. For our build-up especially they will press us all over the place and that’s good. It’s what we wanted and when you play Salzburg you know you get a high energy and high intensity opponent. We have to be ready.

“We will give some players a few more minutes so we can get closer to the 90, but I’ve said before, we cannot do less now because we play the game on Saturday; we have to prepare for a full season.

“After Arsenal, a lot of our players will go to the international games, so they have to play there then for their countries, so they now need proper training. The weekend will be tricky, but we will be as ready as possible.”

Klopp elected to use 23 players during the fixture with Stuttgart, making 11 changes to his starting line-up at half-time.

It’s likely the manager will select from the same group for the tie with Salzburg, reporting no fresh injury concerns.

He said: “[There’s] nothing new, really. Ki-Jana rolled his ankle here a little bit, but I was told he was involved in parts this morning and will be in the full session this afternoon, so we should have the same squad like the Stuttgart game.”

The Reds will return to Merseyside immediately after the conclusion of the game as work ahead of the Wembley date with Arsenal ramps up.

“We land on Tuesday night, Wednesday we will be off and then from Thursday onwards it will be pure preparation for Arsenal with two sessions,” the boss detailed.

“We have to work on set-pieces, we have to do the analysis – whatever we can use. It will be a busy day, but all OK.”

Enjoy this video and much more exclusive content from the Reds' Austria training camp - including live coverage of Tuesday's friendly against Salzburg - on LFCTV GO.

Use code 2021GOFREE to start a free one-month trial of LFCTV GO now - this can be cancelled at any time.