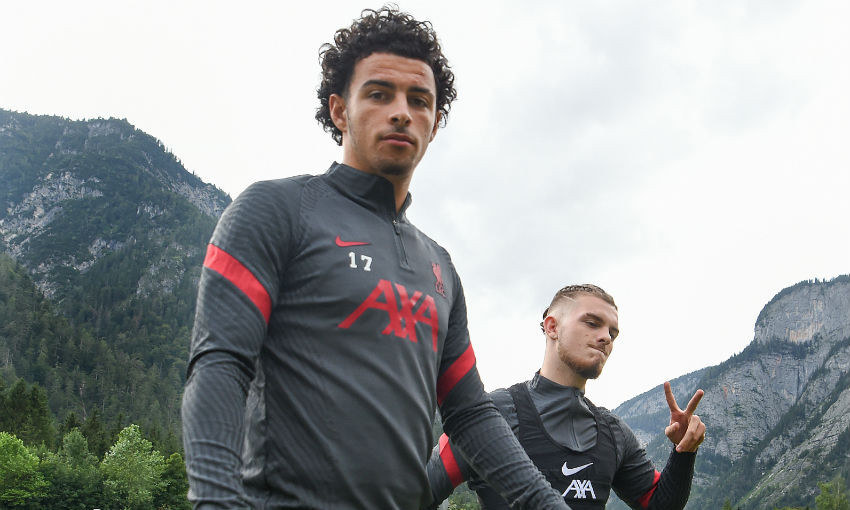 'Bring it on' is Curtis Jones' mindset as he looks to continue making giant strides in his career.

The 19-year-old enjoyed a stunning 2019-20 campaign on a personal level that culminated in earning a Premier League winner's medal.

He scored three goals – one a screamer to win a Merseyside derby – throughout the term, also becoming the club's youngest-ever captain and being rewarded with a new long-term contract.

Given that, there may be enhanced expectations on the Scouser heading into the new season. So how would he find such pressure?

"You've got to kind of hold your game that you play at the Academy and just bring it here and just go out and play with your freedom and just enjoy it.

"The player that I am and as I see myself in the future, I think I need a bit of pressure and a little bit of pushing, kicking up the backside and a bit more of a challenge. I'll see what the season holds for me."

Inside Training: Competitive rondos and finishing practice in Austria

Jones is also heading into 2020-21 with a new squad number having taken the No.17 shirt, last occupied by Ragnar Klavan.

"My mum's date of birth is the 17th but growing up I lived in a house and the number was 17," Jones explains. "It's a childhood thing.

"I can't wait to get started. We had a short break but I was working hard while I was off. I just hope I can carry on the season that I had last season.

"I haven't really thought of one thing that I want to do. Hopefully I can just be more involved in the matchday squads and get a bit more game time and show what I'm really capable of doing.

"Hopefully I can help the team with some more goals, assists and I'll just see what the season holds for me."

Jones is one of a number of Liverpool's youngsters in Austria as Jürgen Klopp's senior squad prepare for the defence of their league title.

Neco Williams signed a new deal during the training camp, joining Jones and 17-year-old Harvey Elliott in recently committing their futures to the club. 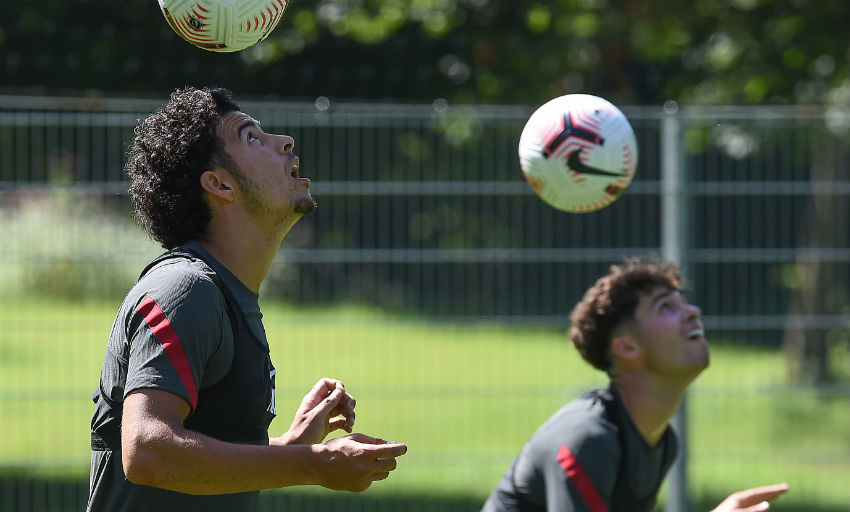 Jones reacted: "I'm buzzing for him. I've been with him since U6 and I've seen his journey and path exactly the same as he's seen mine.

"To have him in the first team with me and see how well he's doing and the game time that he's getting and showing the player that he is, I'm absolutely buzzing for him.

"Hopefully me, Harv and Neco can all start one game together and for many years we hopefully play together at this club.

"Rhian himself who was just out on loan, scoring goals and just pushing for a place here, Sepp, Ki-Jana – if you come here and watch us train, you see how hard we work and how well that we do.

"We're behind them [the senior players] and we're just as hungry as them to get a starting place. This season I'll definitely be pushing harder than ever."

Jürgen Klopp: Curtis is a proper, proper part of this squad