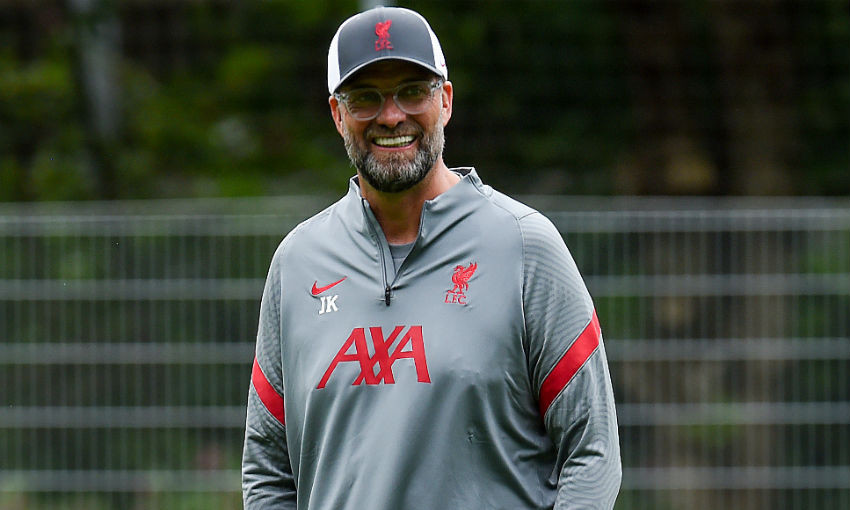 Jürgen Klopp has explained why Liverpool's two pre-season friendlies are 'very, very important' to the squad's preparations for the upcoming campaign.

The Reds will play a pair of warm-up matches while away in Austria as part of their training camp to gear up for the defence of the Premier League title.

Klopp's side are set to play Bundesliga outfit VfB Stuttgart on Saturday at 5pm BST before encountering Austrian champions Salzburg on Tuesday August 25 in a 3pm BST kick-off.

Both games will be broadcast live on LFCTV and LFCTV GO. Click here for details on how to subscribe.

Read or watch below as the boss chatted to Liverpoolfc.com at the team's Austrian training base to preview the friendlies...

Watch: Klopp on friendlies with Stuttgart and Salzburg

On arranging the two games...

Actually it's like we planned, how we all know, this camp pretty late, so we are really pleased that we found this calibre of opponent. The agency who helped us with organisation came up immediately with Stuttgart and said they are in the area so maybe we can make a game there. Then they were happy, we are very happy, so that's good, first and foremost. We are here in the wider Salzburg area, so on the way home pretty much, if you want, we play them. It's good. We know, meanwhile, Red Bull was really in all the plannings here, so I'm happy that we can do that. From a sports point of view, it's important for us obviously after the mini-break to find our feet as quick as possible, if you want. Training looks really, really good in the moment – this is actually what we expected, the boys didn't lose a lot from the physical abilities. So now [we] are in the middle of the preparation, all the tactical stuff already. So it looks really good in the moment and the two opponents are really good opponents, so that will be really tough. How it is always, you play these out of full training, so the boys have to fight, dig deep but I think they will do that.

On the links between Liverpool and the two opponents...

I'm born in Stuttgart actually and it was my childhood favourite club. I've played them a couple of times obviously in the Bundesliga and obviously I'm an adult now, so it's not exactly the same affection anymore. But my whole family back in the Black Forest supports obviously Stuttgart. I'm happy that they could get promoted again, it's very, very important for them. I worked together for a long time with their sporting director, Sven Mislintat, so yes there are connections and that's good. Salzburg, not long ago that we played and we took Taki from there, Sadio played there, Naby played there. That's all good but in the end it's only about that we can play the games. These are not the most important games in the world but in this moment they are very, very important because we just want to see that the boys again use the things we think they should use in a game. First chance on the 22nd.

On what he hopes to see from his players as the Community Shield gets closer and closer...

From a timing point of view, the Community Shield is in the middle of the pre-season, if you want. For us it's not the same. It will be a good game, I'm pretty sure. Arsenal is a good team, so it will be a good game, but both teams will not be the finished articles. How can we be after two weeks training again and stuff like this? But that's not important because both teams probably have the same situation, so it will be tough. The 22nd is the first friendly, 25th second friendly, 29th [is] then the Community Shield, so you see it's a pretty tight one immediately. But what I want to see from the boys, that we play our football again. That's it pretty much. And that we deal with the problems in the game in our way, that we create, that we prepare, that we are ready to defend together, that we have all the principles we worked on so long. You should see that we didn't meet a week ago for the first time in our lives. So we worked together for a while, didn't change a lot squad-wise. We want to see just our football. 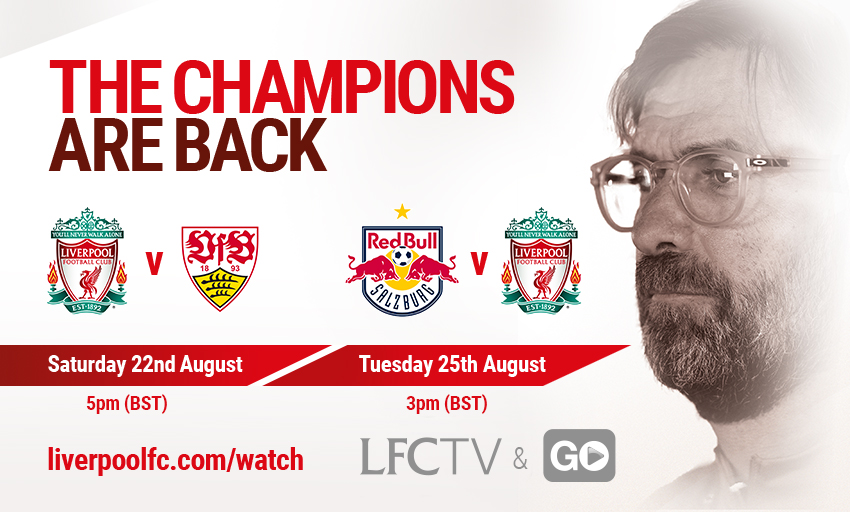 *Subscribers in the UK and Republic of Ireland will be able to watch both games live on LFCTV and LFCTV GO.

Fans across the rest of the world will be able to watch live on LFCTV GO. Rights vary in Germany, Austria and Switzerland. Check www.liverpoolfc.com/watch for rights in these territories.