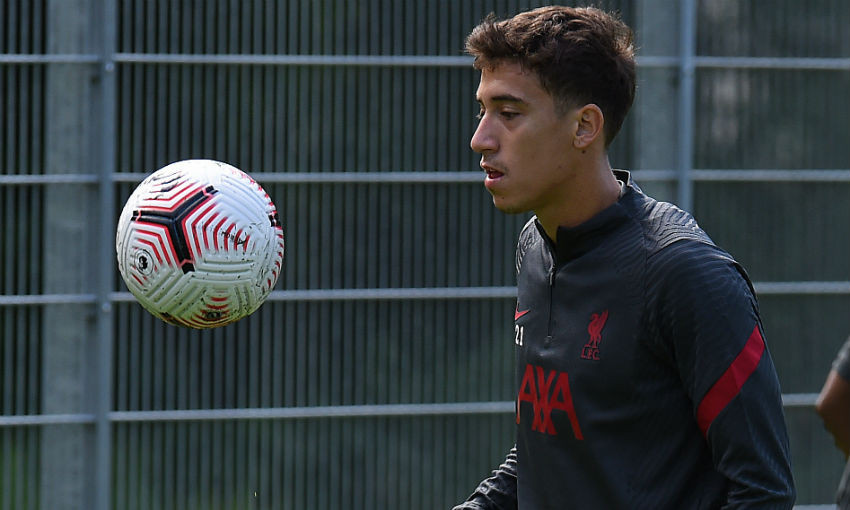 Jürgen Klopp has welcomed the arrival of Kostas Tsimikas to further bolster his options at left-back ahead of what's expected to be an extremely demanding campaign.

Tsimikas completed his switch to Liverpool from Olympiacos last week and has linked up with his new teammates at their pre-season training camp in Austria.

Looking ahead to 2020-21, Klopp explained how the Greece international's presence can help the squad successfully navigate certain challenges that await.

"Kostas is a signing which just shows what we are looking for, what we need," the Reds boss told Liverpoolfc.com from the team hotel. "I think the left-back position was now not a position where the people out there would have thought, 'We need another player' and stuff like this.

"It worked out pretty well, Millie played there from time to time but we cannot take any risk or we should take as less risk as possible.

"When I saw Kostas the first time, I thought, 'Is it possible to get somebody like him?' Meanwhile, he's not the most experienced player because he started a little bit later with a proper career. But in the last two or three years, he's really right on track and then has started building his career obviously.

"Then we had a conversation and he was very, very positive about this, knowing that we have already a world-class full-back – but that's exactly what you try to have."

Inside Training: Tsimikas joins in goal-packed session on day two in Austria

Klopp added: "It will be the most intense season probably of our lives. And because of coronavirus, we cannot prepare perfectly for it because the market is not like this, nobody knows exactly how it will be in the next few months.

"I'm not sure we can cover each potential problem we have like this but this problem, I'm pretty happy with the solution.

"Robbo and Trent, let's say, they cannot play every season 50-something games – it would limit their careers, to be honest, even when they come through. So I'm really happy that we got this proper option and he is a proper option.

"He's a super guy, a very confident boy, cheeky and if you want, watch him on YouTube – probably most of our supporters did that already. I would say quite exciting."

Another new face in Austria with the Premier League champions is Academy centre-half Billy Koumetio.

The 17-year-old signed his first professional contract with the club last  week after joining from French side US Orleans in 2018. 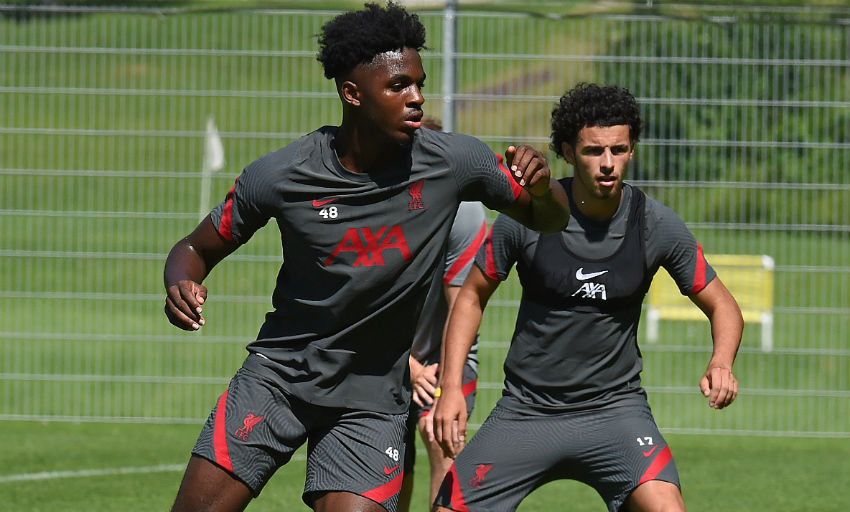 "Billy the kid. He doesn't look like a kid!" Klopp said. "In my opinion, his face looks like a kid but then all the rest is like, wow!

"I told him, 'Last time I saw you, you were like 20 centimetres less if I'm right.' That's pretty special. Yes, he's a big talent.

"Billy was unfortunately injured for quite a while, so he's now coming back. The perfect situation would be that he maybe really first be with the U23s and stuff like this. But a training camp is a nice opportunity for him, it's good for us to see him.

"I took him this morning [Sunday] in a session because we have to make sure we don't over-do [it] with him, it's very important. So he was not part of the last part of the session physically but I took him aside and explained what we do there.

"I think things like this help him a lot and I'm pretty sure he will make big steps. We just have to make sure that we really deal with his age group and physical demands well."

Enjoy our exclusive content from the Reds' training camp in Austria on LFCTV GO. You can start a free one-month trial of LFCTV GO now and this can be cancelled at any time.