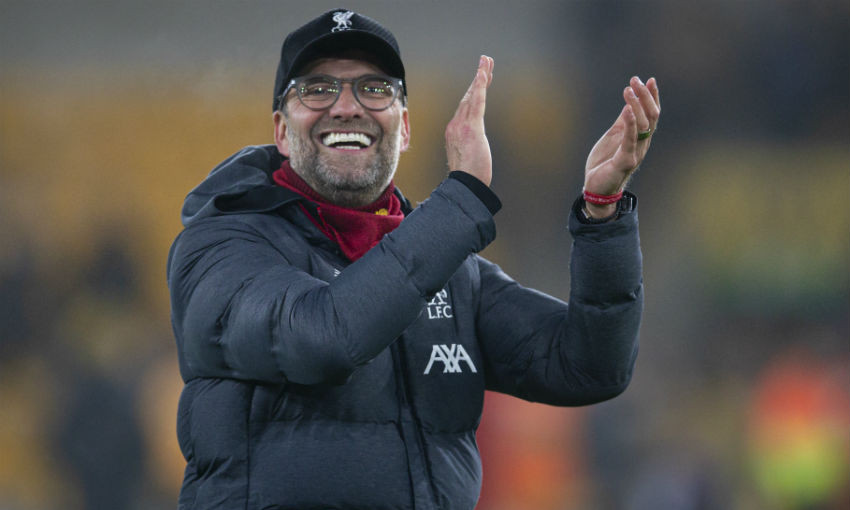 Jürgen Klopp details the emotions that engulfed him on the night Liverpool were confirmed as Premier League champions in our new documentary telling the story of 2019-20.

Golden Sky: Klopp’s Champions premiered on LFCTV on Saturday night, an hour-long exclusive with the man who masterminded the Reds’ first title for 30 years.

In the show, which is now available to watch on demand, the boss reflects on the key moments and games of an unforgettable, 99-point campaign, offering his unique insight on how his players made supporters’ long-held dream a reality.

He also opens up on his powerful feelings on that historic evening in June when the squad and staff were all together to see Chelsea beat Manchester City and confirm Liverpool as Premier League champions.

Watch Golden Sky: Klopp's Champions on LFCTV GO now. Use code 1920GOFREE to start a one-month free trial of LFCTV GO now - this can be cancelled at any time.

“Counting the minutes, it was just incredible and absolutely one of the best football moments I’ve ever had in my life with not being in a stadium,” Klopp reveals in the documentary.

“Because we were there together you could see each face. Players were sitting there, some couldn’t really watch it and stuff like this. We were all like this and it was absolutely exceptional.

“You have no idea how it will feel before it happens. It was pure joy! Massive relief in the next second and then I started crying. So I went and called Ulla [his wife].

“I called my family 10 seconds before the end of the game so they watched it together. I said, ‘OK, I love you all’ and I put the phone down on the table. I said, ‘Leave your phone on so you can see what happens here!’

“Then I wanted to speak to Ulla and couldn’t. I had her on the phone but I just was crying. I didn’t know why it happened. I had no idea. I was proud of and I was worried about [it], but I couldn’t stop. I have never in my life had a situation when I just couldn’t stop crying.

“I didn’t know exactly why, so I just went for a few minutes in my room because I didn’t want to show everybody when I was stood around there and couldn’t stop crying.

“Then I realised step-by-step and step-by-step obviously there was some pressure! Which I don’t really feel when I’m in the situation but being manager of this club is a big honour – I see it as pure luck – but it was some responsibility, let me say it like this.

“And obviously that fell off my shoulders in that moment and that must have been the reason for it. It was very strange, very good, very emotional, [a] very special moment in my life.”