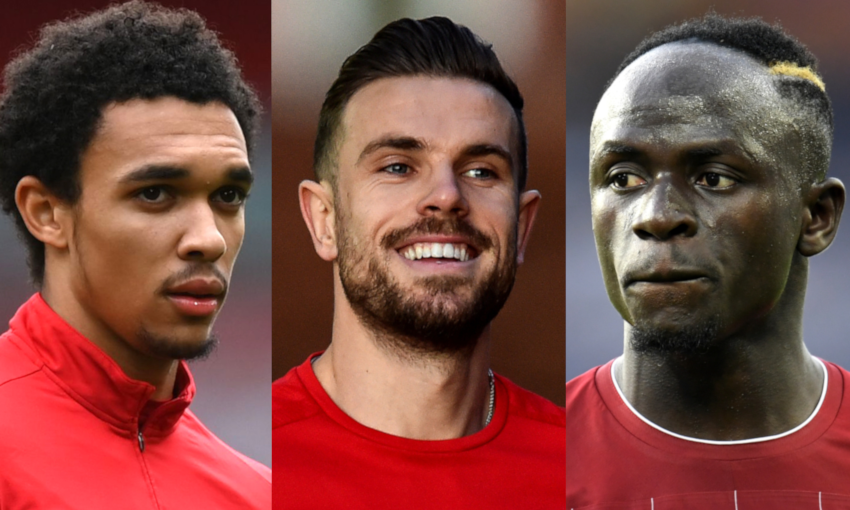 Trent Alexander-Arnold, Jordan Henderson and Sadio Mane have been shortlisted for the Premier League Player of the Season award.

The Liverpool trio take their place among the seven nominees for the annual accolade having helped the Reds win the title in 2019-20 with a club-record 99 points.

Alexander-Arnold broke his own record for assists by a defender in a Premier League season by providing 13, as well as chipping in with four goals from right-back.

Henderson, who was announced as the Football Writers’ Association’s Footballer of the Year last month, led the side to the title as captain and contributed four goals and five assists.

Mane, meanwhile, plundered 18 goals across the Premier League season and set up a further seven for his teammates from the left flank of the front three.

They are up against Kevin De Bruyne (Manchester City), Nick Pope (Burnley), Danny Ings (Southampton) and Jamie Vardy (Leicester City) for the award.

Click here to cast a vote for Alexander-Arnold, Henderson or Mane now.