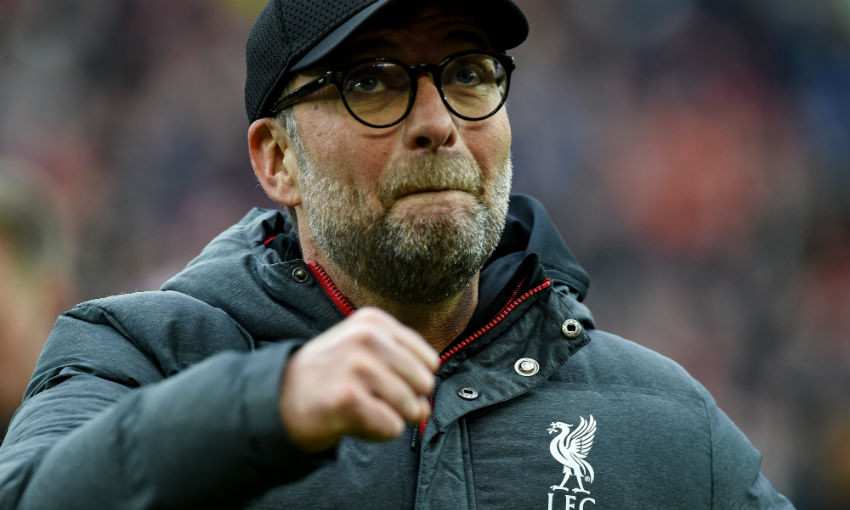 Allow Jürgen Klopp to talk you through the high points and milestones of Liverpool's historic 2019-20 Premier League campaign.

Klopp's Reds ended the club's 30-year wait to deliver the top-flight crown to Anfield, doing so in scintillating, record-breaking fashion.

The boss exclusively reflects on that achievement in a new LFCTV documentary set to premiere at 8pm BST on Saturday evening, Golden Sky: Klopp's Champions 2019-20.

Over the course of 90 minutes, from inside Anfield's boardroom, Klopp relives a season in which his players made millions of dreams come true.

Read on for a preview of the show with excerpts as he looks back on five important victories achieved during the first half of 2019-20...

Liverpool returned to Anfield for the first time since being crowned champions of Europe two months earlier.

A fitting performance against the newly-promoted Canaries followed... 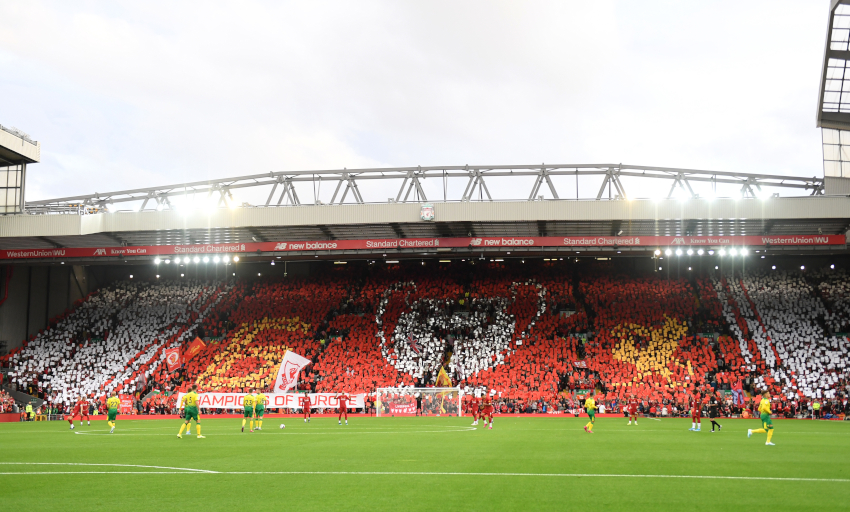 "It was a good pre-season, very good pre-season actually. The players were 100 per cent there, we had important meetings where we agreed on what we want to do, what we want to achieve and what we have to improve from last season. It was difficult point-wise obviously but performance-wise we had some space, it was about consistency and all these things and then we started to analyse for Norwich.

"I knew they were a really good football-playing team but we are Champions League winners, 97 points. It's like the result, 'Who cares? But it will be Liverpool wins the game!' So that's then pretty tricky as a start, how I thought.

"They were really good, we had to run a lot, we had to work a lot and we won that game pretty clear. We scored wonderful goals."

It was four wins from four after a professional, clinical display at Turf Moor...

"Always a tough place. Super game, typical of the squad, counter-attacking goals pretty much in this game, which is normal with a lot of possession.

"When I think about Burnley, I always remember another Burnley game when we lost 2-0 on a very dry pitch. We had a lot of chances but they had two counter-attacks. So it showed immediately how much better we are now because we don't give counters away, our counter-press was much better so we won the ball back pretty early. 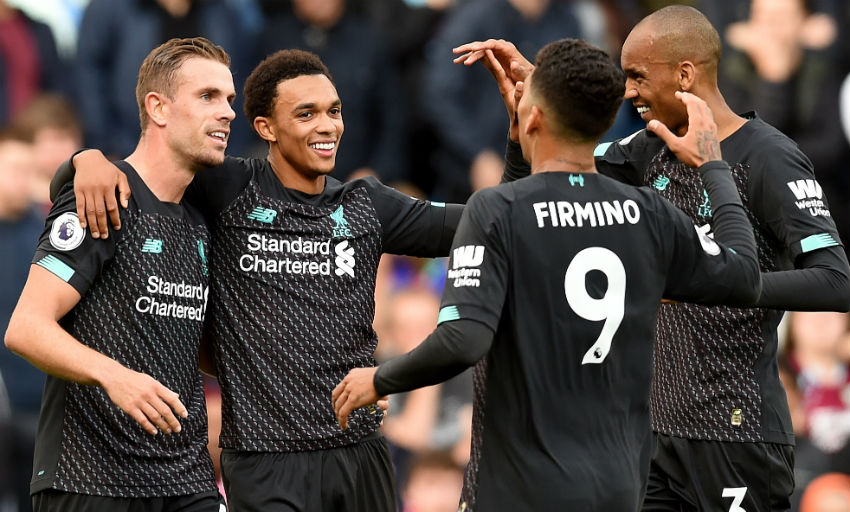 "We were straightforward with all what we did, we didn't get nervous, we didn't lose patience in a game like this – which happened to us in the past when it didn't work out perfectly and we struggled slightly.

"So it was all, not all but a lot was because of the Champions League final because we won it in a different way. Because when you think about the dream final, you would smash the opponent 5-0 and be the best game of your life – and we didn't. We played a very, very serious game there and that was the case in this game as well.

"So brilliant, a brilliant game and pretty special."

A Trent Alexander-Arnold free-kick and Roberto Firmino header put the league's pacesetters ahead at Stamford Bridge.

They then needed to dig in and stand firm in order to secure the win...

"They [Chelsea] are really good. We played them only a few weeks before in the Super Cup final, which was a similar game if you want. But again, it showed a new maturity of the team. So we were really complete in the game, we were cheeky with the free-kick from Trent with a little routine. We showed all the new qualities what we involved now.

"We played so many really good games but these [kind of] games probably really show best the difference between us in that moment and us one-and-a-half years before that. That's good proof.

"You have to learn. Experience is nothing somebody gives you, 'Here’s experience, take it.' So you have to really make it yourself. That's what we obviously did and used it in these kind of games."

Trailing by a goal with 86 minutes on the clock, Liverpool somehow preserved their six-point lead at the top with an almighty comeback.

It turned out to be a real turning point in the title race...

"I didn't have to say, 'Don't give up' or whatever. We learned not to give up in the Barcelona game the season before obviously, and I don't like to say the obvious things in meetings or stuff like this or in a situation. I didn't think about it. 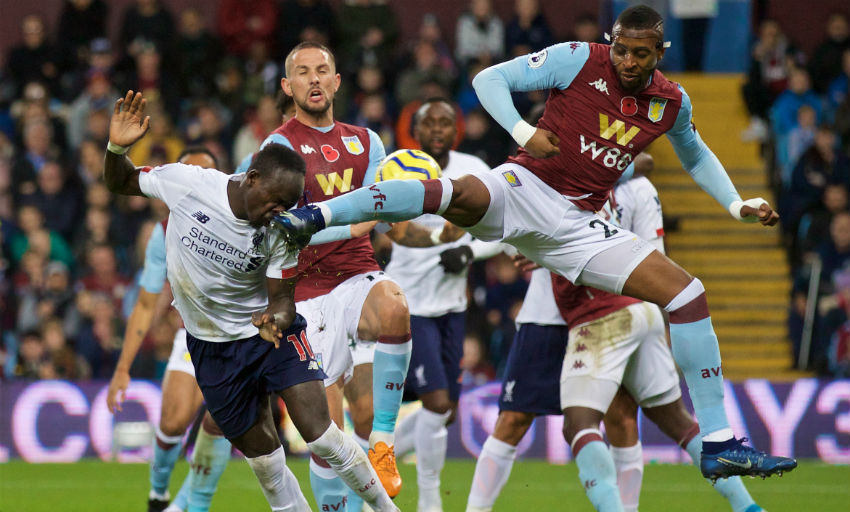 "When we spoke about the goal of Sadio the next day you see the block of Bobby Firmino. We said Bobby blocks pretty much the whole world! Because he blocks three players, Sadio can make the run and has still to make the decision if he goes there with his head because there was an Aston Villa foot with a football boot in his face.

"So it was the pure desire to score. I think there is a photograph of that moment and you will see that half of Sadio's face has a boot in his face! A little bit of the head can touch the ball.

"Pure will and a deserved win."

In the follow-up to the Villa drama, Klopp's men delivered another statement of intent by defeating the reigning champions at Anfield. 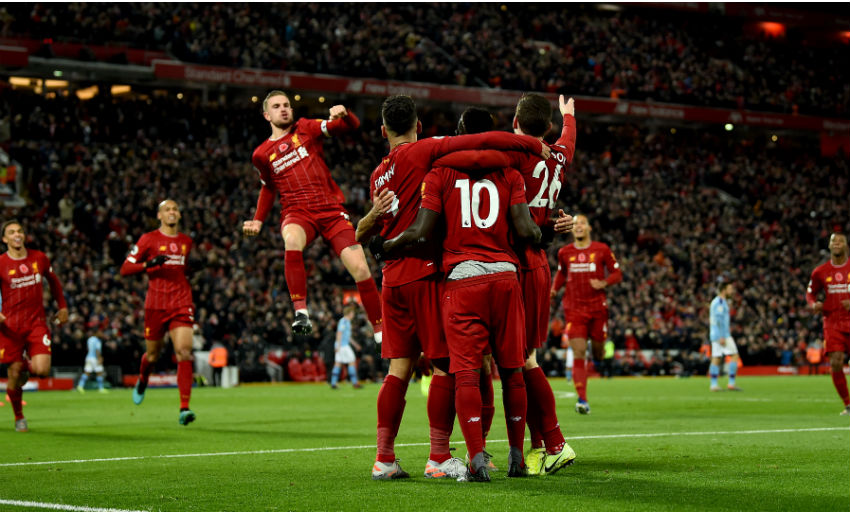 "So it was clear for us we have to be very brave against City – what we always are. We have to be close to perfect and finishing our situations off – which we very often were, not in that last away game but in the home game we were.

"That night, it was just incredible and the goals we scored that night, they will stay with me forever because all three goals are pure will, clear of our full football potential, our full tactical plan – there's everything in.

TrueView: Watch Fabinho's stunner from a unique point of view

Watch Golden Sky: Klopp's Champions 2019-20, our exclusive documentary solely focused on the thoughts of the man who ended Liverpool's 30-year wait to be champions of England, on LFCTV and LFCTV GO from Saturday.

Use code 1920GOFREE to start a free one-month trial of LFCTV GO now. This can be cancelled at any time.