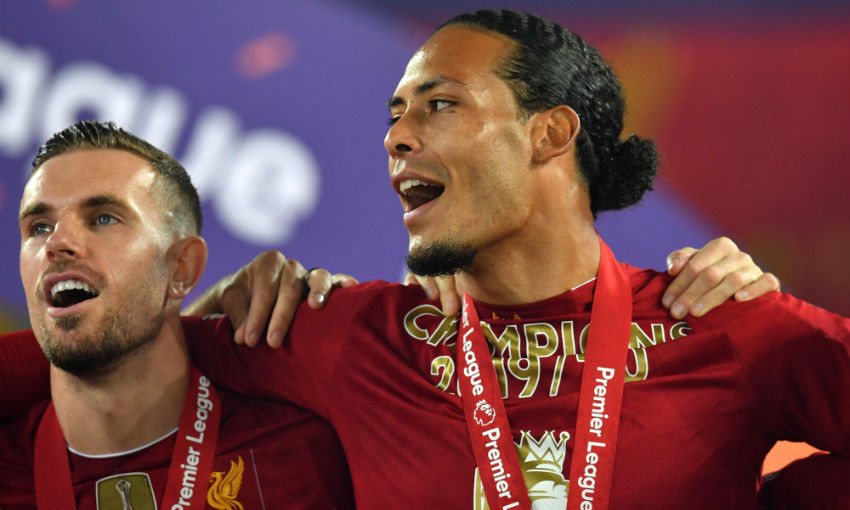 Virgil van Dijk has explained how Liverpool's Premier League success was made possible by a collective mentality shared by every member of the squad.

The Reds lifted the top-flight crown on Wednesday evening after being confirmed as champions last month with seven fixtures remaining in the campaign.

Van Dijk believes the ability to secure the title so early was achieved thanks to the sharp focus Jürgen Klopp has instilled throughout his ranks.

"First of all you have to believe in yourself, believe in the team because that's the main thing," the No.4 told Liverpoolfc.com.

"Besides that, the manager has always been saying to all of us – every day almost – that the game ahead of you is the most important game that you're going to play in your life, because there’s nothing else to do or nothing else to play for.

"So, give everything that you've got, work as hard as you can and then obviously do the tactics and play as good as you can together.

"That focus is just very important in the way we play, the way that we try to achieve good things. So far it worked and it's a great thing to see as well."

If selected on Sunday away at Newcastle United in the final fixture of 2019-20, Van Dijk will become the first Liverpool outfield player since the turn of the millennium to be ever-present in back-to-back league campaigns.

The centre-half has stressed how he's continually willing to fight through the pain barrier in order to deliver for his teammates and the club.

He admitted: "You're never 100 per cent but there have been some games where I've struggled before the game – whether it's through illness and didn't train until the matchday or small little injuries.

"I think it's just something you just have to go through. On a matchday there are so many ways you can just be a little bit more hard on yourself to try and play the games.

"It's only 90 minutes at the end of the day – that's how the manager says it as well. He said I played all these games because I don't run around and I'm a centre-back! I told him the other day, 'Don't take it for granted, gaffer!'

"We have a fantastic group of players, we're very close to each other and that's maybe something that you hear just with certain teams as well that they're close.

"But we are a very special group. In and out of the pitch, it's just incredible. Obviously success helps with that but since day one I've been in, it has been special."