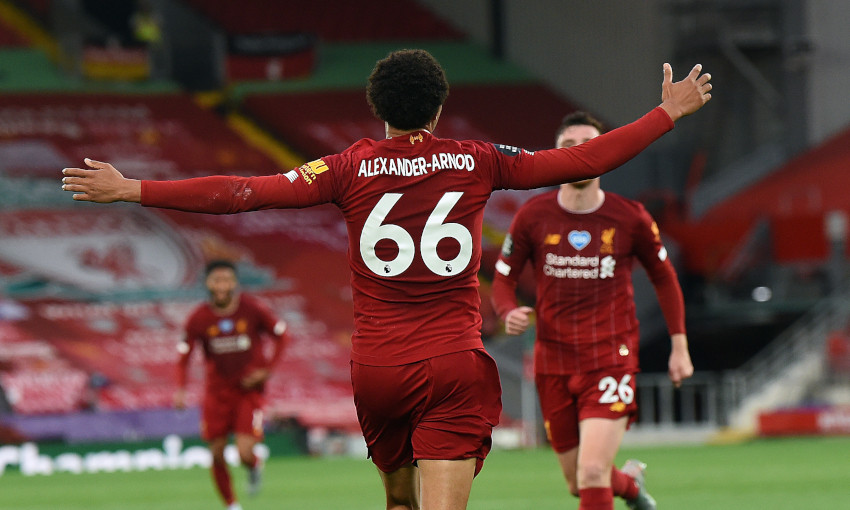 Trent Alexander-Arnold has broken his own record for the most assists by a defender in a single Premier League season with a 13th on Wednesday night.

The No.66, who had already scored himself with a stunning free-kick in the Anfield clash with Chelsea, later swung a sublime cross into the opposition area for Roberto Firmino to head home as Liverpool claimed a 5-3 victory before lifting the trophy as champions on the Kop.

That set-up established a new benchmark for assists by a defender, surpassing the dozen supplied by Alexander-Arnold in the Premier League last season.

On the opposite flank, meanwhile, Andy Robertson increased his tally for the league campaign to 11 with a late surge and delivery to the far post for Alex Oxlade-Chamberlain to seal three points.

Only Manchester City’s Kevin De Bruyne (19) has registered more assists than the Liverpool full-backs in the Premier League in 2019-20, with one round of games still to play.