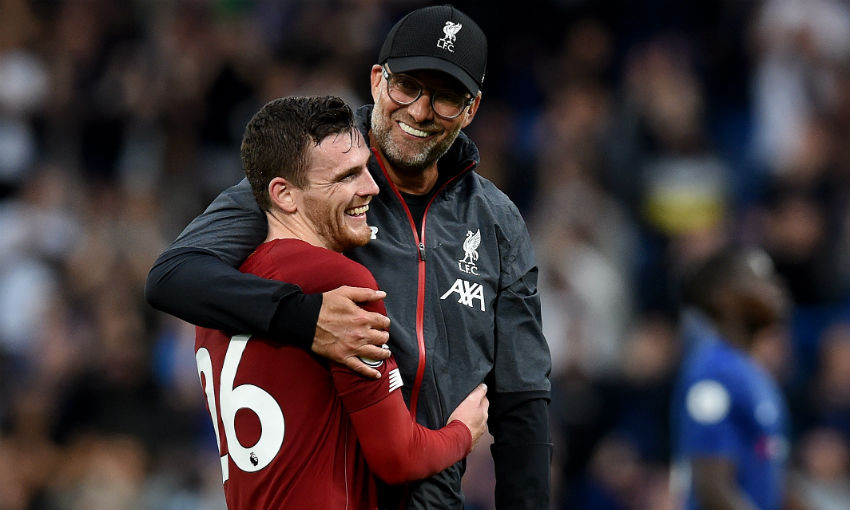 Andy Robertson has exceeded Jürgen Klopp’s expectations both on and off the pitch during his first three years as a Liverpool player.

The left-back joined the Reds on July 21, 2017, and has since established himself as a vital component in Klopp’s UEFA Champions League, UEFA Super Cup, FIFA Club World Cup and Premier League-winning team.

And, on the third anniversary of Robertson’s arrival, the boss was asked whether he represents one of the finest ‘value for money’ transfers.

“I really don’t like that we always talk about players [in terms of] ‘that’s the price’,” Klopp replied.

“Andy Robertson, I’m not sure we would have paid £30 million [at] that time but it would have been worth it.

“It was not about the money that we took him - your price can be £8m but if you are not good enough then £8m is pretty expensive! It’s a lot of money for somebody who is not good enough, that’s how it is.

“Andy Robertson was somebody we brought in because he was a player we thought who could really help us. It was always clear that he had to improve a few things but a few things were already then that good that we said: ‘OK, come on, let’s give it more than a proper try.’

“So, a great three years. An absolutely massive win-win situation for a wonderful lad from Glasgow and for the club as well, so perfect fit.”

Jürgen Klopp: This is a wonderful opportunity... and we're willing to fight for it