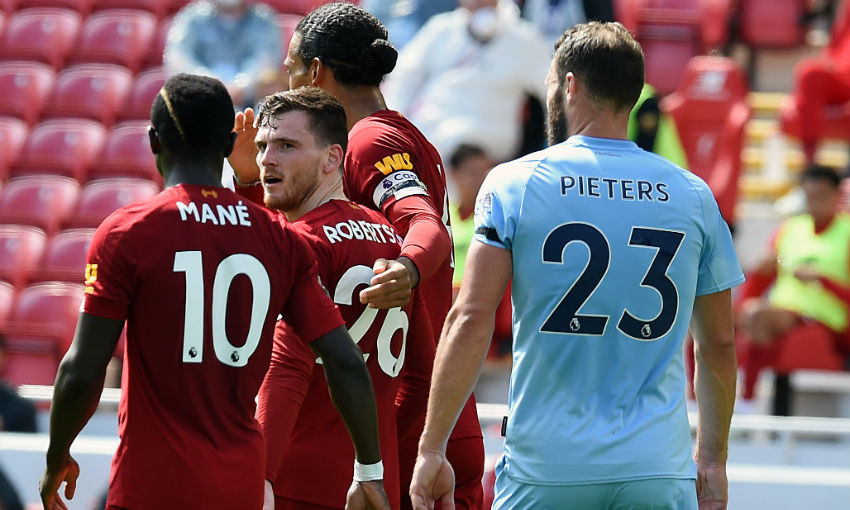 Andy Robertson has explained the thought process behind his stunning header that put Liverpool ahead against Burnley.

The Premier League champions took the lead at Anfield on Saturday thanks to Robertson’s expertly-taken finish from a trademark, lofted Fabinho pass, although Jay Rodriguez would later cancel the left-back’s effort out to deny the Reds a 25th successive home victory in the top flight.

An uncharacteristic lack of collective ruthlessness throughout the 90 minutes left Robertson frustrated with the end result, but the Scotland captain was satisfied with his second headed goal of the season following that unforgettable late drama at Villa Park in November.

“In my whole professional career I’d not scored a header and this season seems to be me and headers!” Robertson told Liverpoolfc.com with a smile.

“It was a good ball by Fab and I just thought if I can guide it over the far post then I had a chance and luckily it proved that way and it went in. I always prefer to score goals when it’s towards three points, but we’ll take the point and we’re already champions.”

Read on for our full post-match interview with the No.26…

Andy, is it fair to say you’ve played worse than that and won this season?

Yeah, 100 per cent. I thought, especially first half and then the start of the second, probably up to about 60 or 70 minutes, I thought we were excellent [in] the way we moved it about. I thought the only thing that you could say for us is that we didn’t take our chances and when you play against a team like Burnley, they grow in confidence as it stays 1-0. They feel as if they can nick a draw – one set-piece or one ball into the box and they fancy themselves and unfortunately that happened. We’ve definitely played worse this season and picked up all three points, so we can’t argue too much about the performance apart from the finishing in front of goal. But Burnley, credit to them. Burnley are a fantastic team, I really enjoy seeing what they do. The manager’s great, the squad’s great and that’s why they’re in the top 10 of this league. It’s not easy for them and consistently, year on year, they stay in the league and now they’re fighting for Europe. Credit to them, they took their chance [and] could have probably nicked it at the end when they hit the bar and they’re a good team. We’re frustrated at ourselves, but a draw, it is what it is.

Do you maybe lose a bit of ruthlessness when you’re so dominant in a game because you expect the chances to keep coming?

We did that today, yeah, but that’s the worst thing we can do. If we lose our ruthless streak then we don’t become champions. We’ve been ruthless all season - times when people thought we were down and out, like against Villa, we come back and we win. When we’re 1-0 up, we go and make it two and three and four, and that’s why we’ve been ahead of the rest so far this season. That’s why the points tally has been so big, because nobody else has been as ruthless as us. Today we maybe did lose that a little bit and that’s the worst thing we can do because every chance we need to treat as our last and we need to try and take it because if we’d done that, we could probably have been two or three-nil up at half-time and I think we’d have got all three points with that. So, we need to keep going, we need to keep creating the chances and hopefully when it falls to all of us in the next game and the games after then we’ll be more clinical in front of goal. 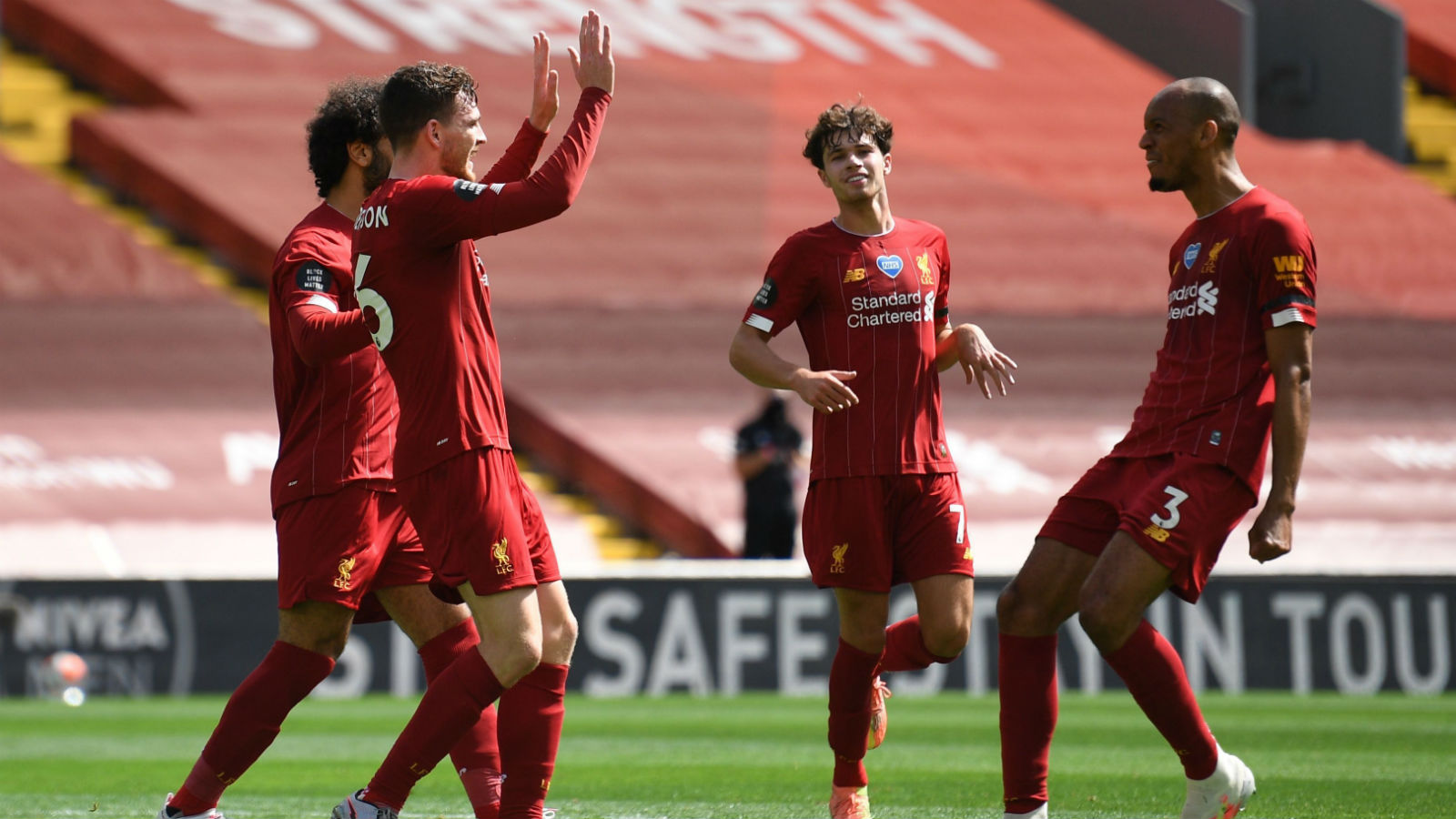 The desire and motivation was evident again today, though, despite the fact the league is already won…

Some people outside have said, ‘Is the desire there?’, but they obviously don’t know these lads or the manager very well because when you put on this badge, when you put on this shirt, it carries a responsibility. Yeah, against [Manchester] City we got beat but that can happen to any team and our application wasn’t wrong. Our application hasn’t been wrong in any game, we went into every game as if we’ve not been champions; we’ve prepared properly, we’ve played properly. Today, we could easily be sitting here [at] three or four-nil, three or four-one, and we’ve won the game comfortably. Football, it is what it is. We’ve not had many games like today where we’ve not took our chances and not been clinical and that’s why we’re so far ahead, because the teams below us have. We take the positives that maybe this performance came after we are champions rather than during the season, but we never like dropping points, especially at home, and now we need to rectify it.