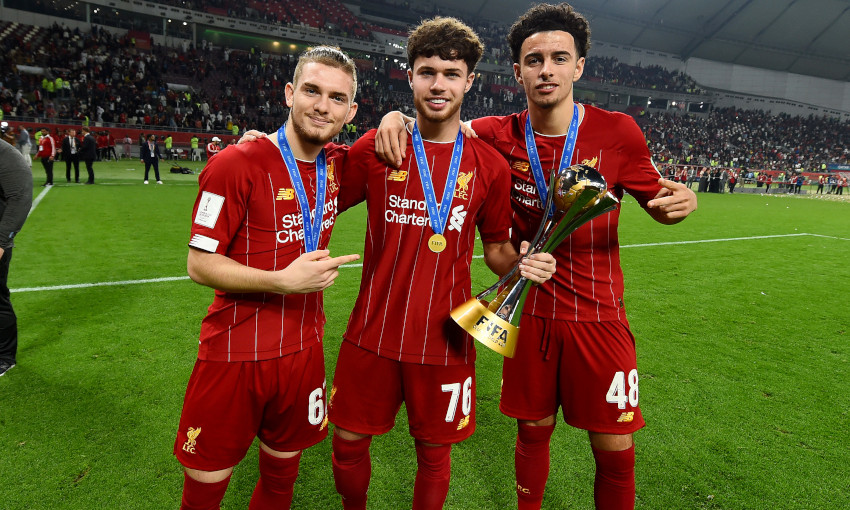 Jürgen Klopp believes Liverpool’s senior players provide the squad's youngsters with ‘the best role models you can get in football’ to learn from as they continue their development.

In the last week, Curtis Jones grabbed a first Premier League goal with a late strike against Aston Villa while Neco Williams was handed a maiden start in the top flight in the midweek fixture at Brighton & Hove Albion.

Klopp is, therefore, delighted with the progress the younger members of his squad are making and how they are contributing in the first-team set-up.

Speaking from the team hotel on Saturday morning, the manager told Liverpoolfc.com’s new Match Centre: “I think the boys know that, that they are really blessed with the best role models you can get in football. All the boys we have in a more advanced age group, they show the kids how the life of a professional should be and how they made their way up and what they have to do.

“With the talent they have, there is a lot of responsibility on the manager so they can make their way, that is clear, but a big part of responsibility is for themselves. Our boys show them, show the kids how to improve – and they’ve improved massively.

“I am really happy with the steps they made, it’s absolutely good, and especially in the situation now, they help us a lot because we really need them and can use them. That’s absolutely cool. It’s not only in training, but in the games as well.

“I said last week, Curtis and Neco have had games now, Harvey not that much but that’s purely the position and we should not forget how young Harvey is! It’s incredible, from time to time you really forget it! It’s cool and how I said, the future looks pretty good.”