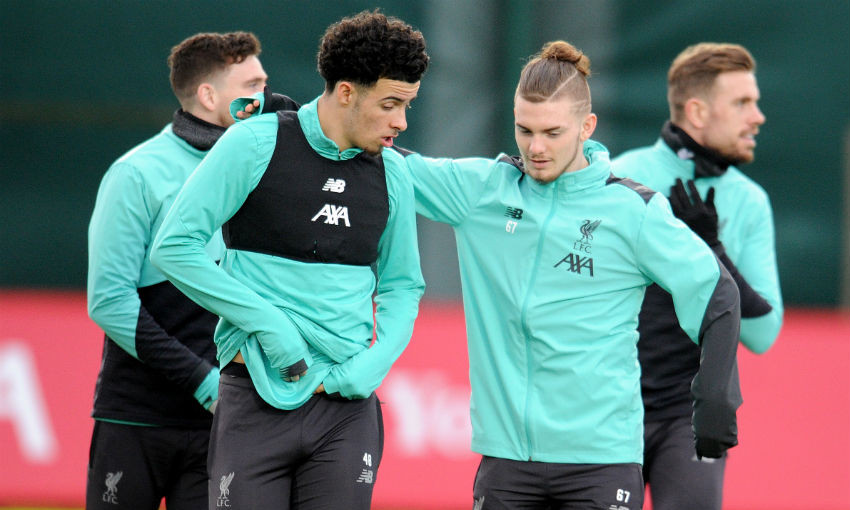 Jordan Henderson believes the standards set by Jürgen Klopp and the Liverpool squad every day make Melwood the perfect environment for young players to flourish.

The past week saw 19-year-old Curtis Jones sign a new long-term deal with the club before going on to score his maiden Premier League goal a day later at Anfield.

Impressed by the level of quality these young players have brought to the first team, Henderson insists the challenge for them now is to continue putting in the hard yards on and off the pitch.

In his programme notes for today's encounter with Burnley, the captain - who will miss the game and the remainder of the season due to a knee injury - writes: "Sometimes it’s the little things that demonstrate how much it means to a player. Do you do the stuff that the supporters don’t see? That is just as important.

"Things like listening to the coaches and getting in the gym before training, following their plans and engaging with them to find the small margins where you can get an edge.

"I’ve seen that in Curtis; he wants to be better every day. And not just with a ball at his feet. In every aspect of being a professional.

"It’s so pleasing to see how he’s grown and developed and sometimes I have to remind myself how young he is, because he has the physical attributes of a much more experienced player.

"When he scored his goal against Aston Villa you could see immediately how chuffed the other boys were and that’s because we all recognise the strides he’s made to get to this point.

"But the crucial thing now is that he continues doing exactly what he’s done to get here. If he keeps that attitude of making sure improvement and learning is his number one focus, he really can achieve anything he wants.

"The fact he’s a local lad as well only adds to it. I know the feeling of representing the club you grew up supporting and how special that feels.

"Curt gets that with that comes responsibility and again, you can see he’s embraced it and is using it to drive him on.

"Not long after Curt’s renewal came Harvey Elliott signing his first pro deal with the club. Again, all the boys were buzzing when that was announced.

"Harvey is in a very different stage of his development to Curtis, because of his age, but nonetheless the same lessons apply. His talent is frightening. But again, ability gets you so far and then mentality and attitude have to match it.

"We’ve seen Harvey grow as a player and a person during this campaign and what excites me most of all is that there is still so much more room for development. He gets that as well.

"You can see he has a hunger and thirst for learning from the coaches and from the other players.

"You will not meet a nicer, more grounded lad than Harvey off the pitch and he fits in perfectly to the culture we have in our dressing room.

"And I think, without sounding immodest, the environment we have at Liverpool is perfect for him.

"I think we’ve shown in recent seasons that our dressing room has a ‘no excuses’ culture and I know from my own development as a player how important that is.

"Harvey has won the lottery being able to see first-hand what players such as Adam Lallana and James Milner put in away from the pitch, which has allowed them to have the amazing careers they have had.

"The other point to make, on Harvey in particular, is to back up something the gaffer said, which is about allowing him space and time to grow.

"There is quite a lot of focus on Harvey and I get that because of things like being the youngest player to make an appearance in the Premier League. That brings a spotlight and scrutiny that can have an impact.

"As a club and as a team we will make sure our environment is protective of these lads. They have to be allowed to make mistakes, have bad moments, because it’s from those periods that you learn the most.

"Being at a club like ours, at their age, is a challenge and we all have responsibility – players, staff and even supporters – to make sure we have the patience and understanding to help them through the more difficult spells and not add to the pressure. Lighten the load on them, not add to it." 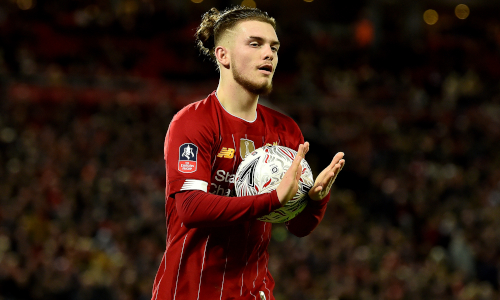 Henderson continued: "I’ve focused on Curtis and Harvey purely because they’ve signed new deals in the past few days, but I could easily have spoken in the same terms about others.

"Neco Williams has been incredible for the team in the way he trains and performs. He’s a crucial member of this squad now and his development is really exciting.

"His attitude and application is elite. He goes about his business quietly but on the pitch he doesn’t take a backward step. It’s been a real pleasure for us to watch him develop this season.

"In addition, Leighton Clarkson, Jake Cain and Yasser Larouci have shown superb quality as part of our group. Caoimhin Keller likewise with the keepers, he’s been brilliant.

"All of these lads show they understand what is needed to be part of this group and contribute.

"Most recently we’ve had Paul Glatzel back in full training and everyone is made up about that. I don’t want to dwell on Paul’s setbacks as I’m sure everyone knows the bad luck he had.

"But a player is defined by how he reacts to these blows and Paul has the mentality that says to all of us he is going to have a big career. He loves to score goals and seeing him back in training and looking sharp is magic.

"If anything, Paul epitomises the attitude and character needed. He’s an example to a lot of the young players. He has never felt sorry for himself, is committed to making sure he can be the best he can be, and he works as hard as any player I’ve ever seen to give himself the chance to fulfil his potential.

"I hope Paul is as proud of himself for how he’s conducted himself in the face of setbacks, as we are of him."

Order your copy of the official LFC matchday programme by clicking here. 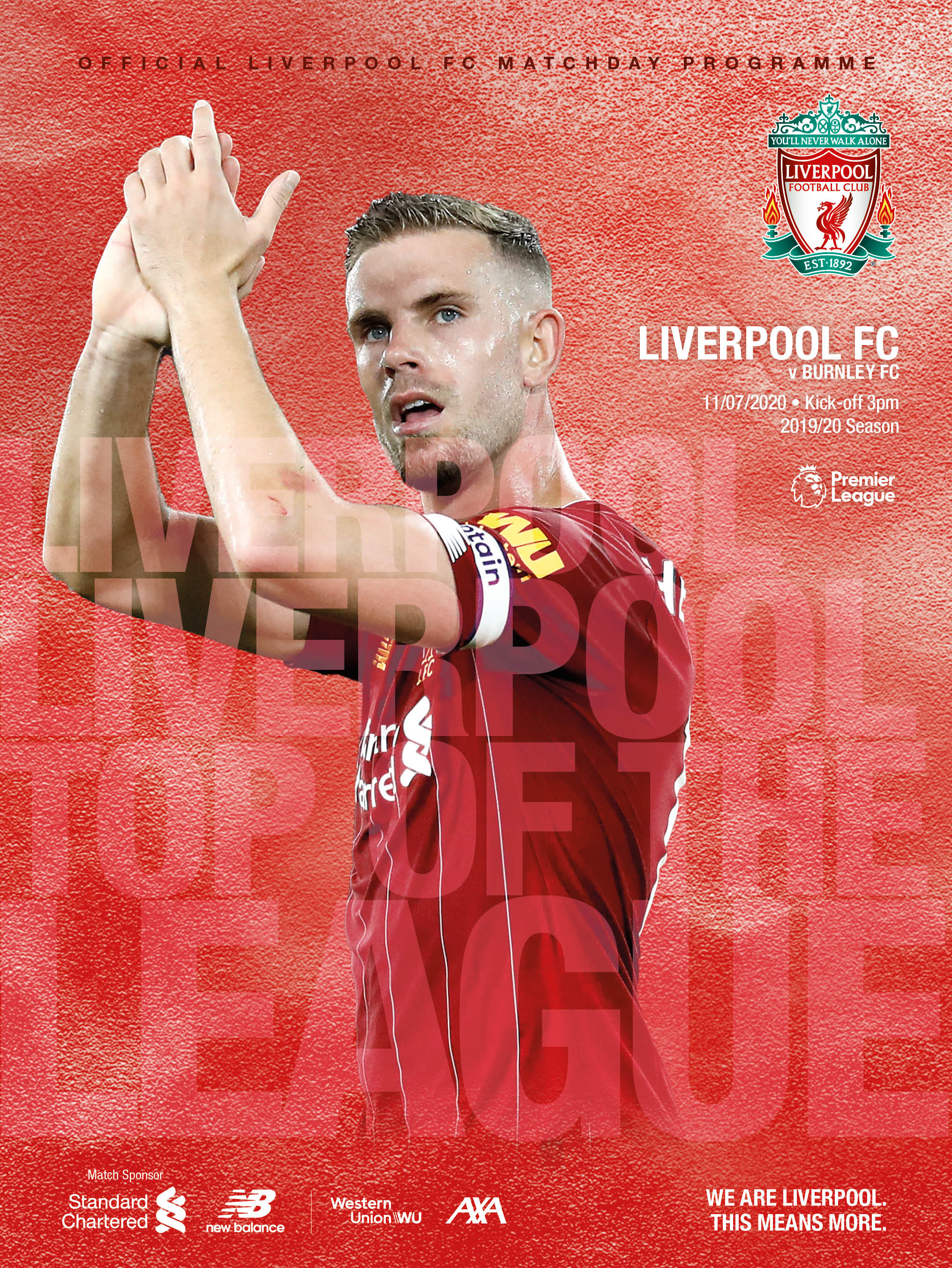