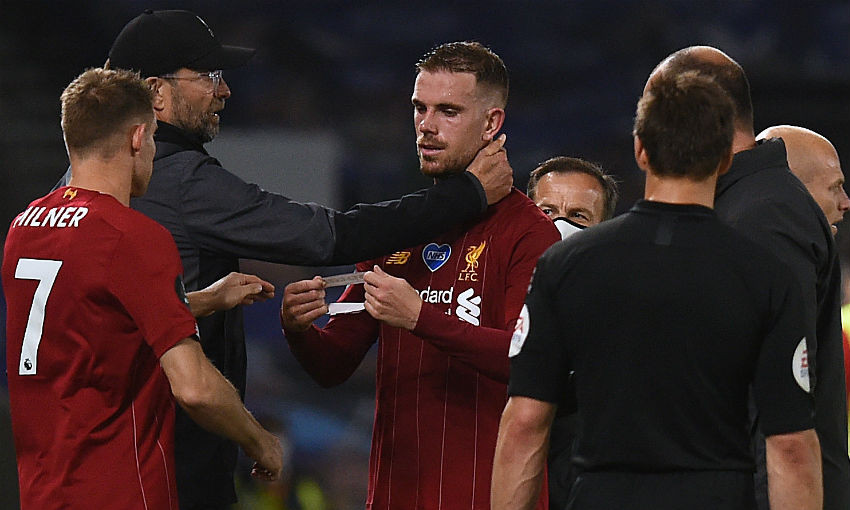 Liverpool must wait to discover the extent of the injury Jordan Henderson sustained during Wednesday’s 3-1 win over Brighton and Hove Albion.

The captain, who had earlier put the Premier League champions 2-0 up with a fine long-range strike, was forced off late on at the Amex Stadium.

Jürgen Klopp said post-match: “I don’t know [how serious it is], I don’t know, honestly. I didn’t see the situation back on the pitch, but I know that it will not be nothing, probably. That’s how it is, but we have to wait. I cannot say more.”

When asked if Henderson is on crutches, the boss replied: “I have had press since the game is over, so I have no idea how he left the dressing room.”