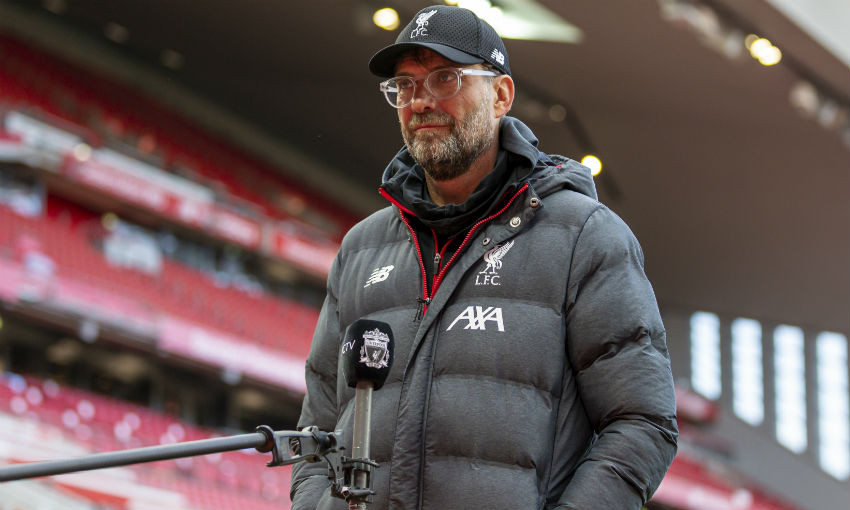 The 19-year-old has replaced Andy Robertson in one of four changes made by Jürgen Klopp for the fixture at the Amex Stadium.

It’s the first time Williams has been selected to begin a league encounter for the champions, but the manager has no doubt he is ready for the challenge.

Klopp told Liverpoolfc.com’s new Match Centre: “Neco will play left-back. He plays there for Wales, so it is not completely new for him. We did a little bit in training.

“Millie is back now for two days exactly in training – he was on the bench against City, but he felt a little bit so he’s had a little bit of rehab. Now he is back, but it is an intense position, so let’s give Neco a try there.

“With Trent and Robbo, we have to be careful. It is a good idea to have them always on the pitch! But sometimes you have to be really careful, so we will see how we do it.

“Neco looks great; he just looks great in training, I have to say. The boy is naturally excited and brave, which helps, and he knows what he has to do because he plays exactly the same on the right side. I am looking forward to it.”

Klopp explained: “With all the rest, we saw last week [against Aston Villa] that when you can make really good changes, it helps. In the last game, Bobby didn’t start, now Sadio doesn’t start and we will see what we do for the next game.

“It is always about how the boys feel and we need to be really flexible. The boys look fit, they looked fit in the Aston Villa game as well, but these little moments when you do the runs without getting the ball, that’s what you don’t do when you are not 100 per cent fresh. It’s not that you don’t want to, it’s just your body doesn’t deliver that.

“So, fresh legs and rhythm now – Ox started the last game and now he is a bit further up on the pitch. We have good opportunities on the bench and that’s all good.

“Fabinho, it was clear he needs a little rest, so that’s the line-up. All good!”