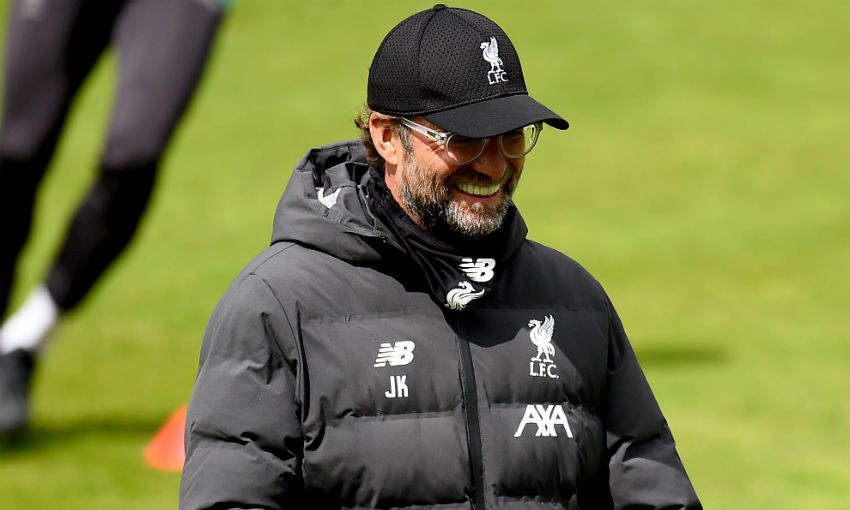 Jürgen Klopp wants his Liverpool players to prove just how important today's encounter with Aston Villa is by delivering a fighting and spirited display at Anfield.

The Reds have, of course, already secured the Premier League title but are now looking to respond to the defeat at Manchester City in midweek.

Dean Smith’s Villa, meanwhile, currently sit in the relegation zone in the standings, with Klopp very aware of how determined they’ll be to pick up valuable points this afternoon.

Speaking exclusively to Liverpoolfc.com’s new Match Centre from the team hotel, the boss said: "That's the situation for most of the teams we play now, Aston Villa and then we play Brighton – maybe not exactly the same situation since yesterday but fighting for the league can finish the relegation battle for them on Wednesday.

"We just want to perform, that's how it is, that's how it looked. In this case, because the result was bad, yes, the boys want to have a different result.

"For that we have to do the right things in the right moment for 95 minutes or so.

"It will be tough because Aston Villa, of course, has real quality, result-wise they struggled a bit and that's why they have 27 points.

"But they are under pressure and we will feel that. They will fight with all they have, for sure."