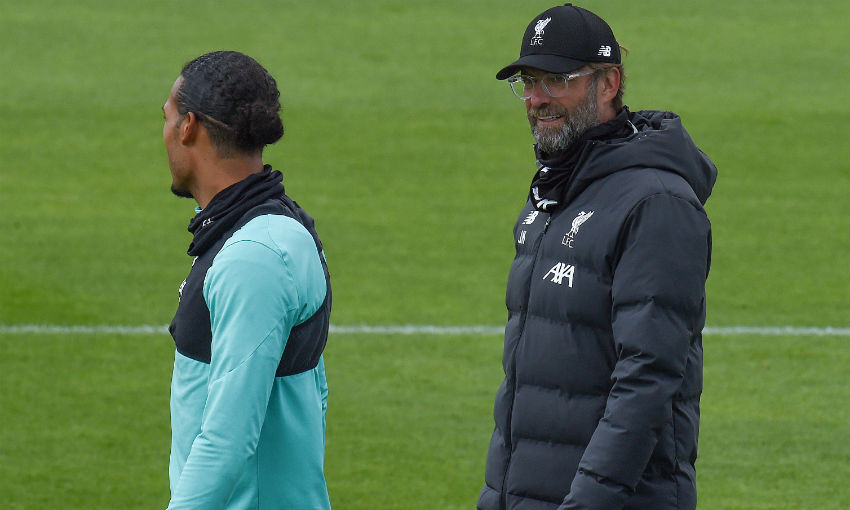 Jürgen Klopp has explained how Liverpool’s fixture schedule was behind the decision to make three changes to his starting line-up for today’s meeting with Aston Villa.

The champions return to action at Anfield this afternoon three days after their last outing – a defeat at Manchester City on Thursday.

The Reds then face a trip to Brighton & Hove Albion on Wednesday followed by a home encounter with Burnley on Saturday.

As a result, Naby Keita, Alex Oxlade-Chamberlain and Divock Origi have been brought into the XI today, with Jordan Henderson, Georginio Wijnaldum and Roberto Firmino being named on the bench.

Speaking to Liverpoolfc.com’s new Match Centre, Klopp detailed: “If we play Thursday – Sunday it’s not cool, but one time is no problem. But if you play Thursday, Sunday, Wednesday and then Saturday then that’s a problem – it’s sports science.

“The boys want to – and in this league especially – throw everything on the pitch that we have, so that means your body needs a specific amount of time to recover to do the same thing again.

“It’s not that you’re not ready in the mind, [although] that can be the case sometimes, but there are a few things we know from a sports science point of view where we have to say, ‘OK, now we have to be careful.’ We cannot always be careful, but we have to [try].

“We could have played with exactly the same team, but then for the Brighton game we would have to make eight or nine changes and that, of course, costs you rhythm, so now we have to see from specific positions especially.

“Hendo and Gini are players who always have a really high outcome on the pitch; physically they work a lot, have intense runs and stuff like this. Both are in good shape, but [so are] Naby and Ox as well, so that’s it.

“With Bobby, it’s pretty much the same and Divock is working for his chance constantly in training, so I have to reward that as well.

“That’s what we do and we still have a lot of options to change.”

Liverpool are able to welcome Xherdan Shaqiri back into the matchday squad for the first time since January; however, a minor muscle issue has ruled James Milner out.

Klopp continued: “Millie feels OK but it’s a little thing and we don’t want to take any risk because it makes absolutely no sense.

“When Millie says he feels something a little bit then we don’t go with any risk because usually he tends to ignore all the negative signs of his body!

“So for Shaq, that’s why a space was open in the squad so he is in. It’s actually maybe a little bit too early for Shaq because he’s not too long in training after a pretty long period where he was out, but it is just a nice thing for him to have. Being around and stuff like this is for him the next step back into complete normality.

“Dejan still struggles with a little problem that has taken a bit longer than we thought, but it’s still not serious. He didn’t give the green light so far so we have to wait a little bit longer.”