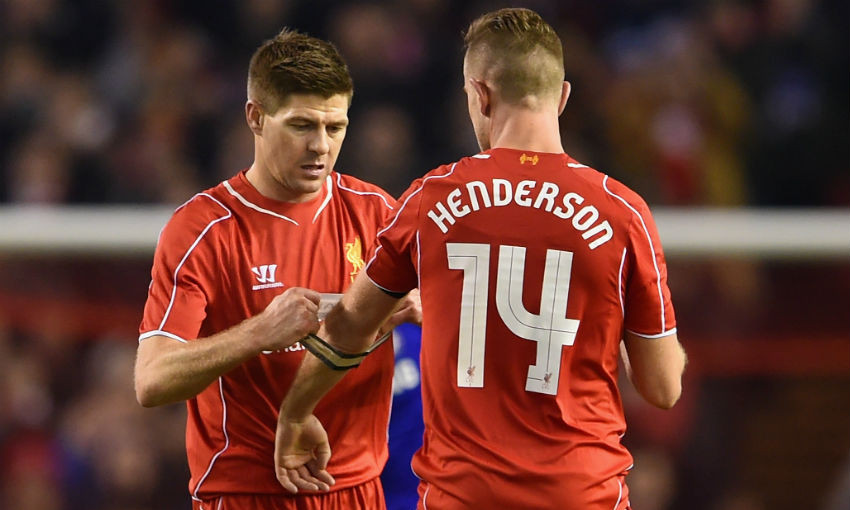 Jordan Henderson has paid special tribute to three key figures in his Liverpool career that helped him on his journey towards becoming the club’s first ever Premier League-winning captain.

Henderson became a Red when he joined Sir Kenny Dalglish’s side in the summer of 2011, proving to be the start of a very special journey with the club.

Another significant landmark during his time on Merseyside arrived in July 2015 when Brendan Rodgers appointed the midfielder as first-team captain to replace the departed Steven Gerrard.

And Henderson has used his programme notes for today’s clash with Aston Villa to thank that particular trio as he takes time to reflect on his nine seasons at Anfield.

The No.14 writes: “I could fill the entire programme listing people I am grateful to and, by the way, none more so than all my current teammates, the gaffer, his direct staff and the unreal club staff, who we don’t get to see as much of. But there are three people whose contribution to me personally here at Liverpool I want to highlight and thank.

“Firstly, Sir Kenny Dalglish. One of the things that set me off on the night we won it was seeing Kenny on TV immediately after and how emotional he was. Along with Damien Comolli, to whom I will also be forever grateful, Kenny is the reason I got the opportunity to play for this amazing club.

“Sir Kenny taught me how special this club is and that when you are privileged to represent it on the pitch, you carry a great responsibility. I loved every minute of playing for Sir Kenny and he taught me more than I can explain in words.

“The gaffer said that Kenny is our ‘soul’ and that is such a great description. To know he is in the stands supporting us – home and away – drives us on as a team. When he is on our plane coming back from away games, every player wants to shake his hand.

“I can never repay what he did for me, but I hope the joy we have bought him on the pitch, in the last few seasons especially, has gone some way to show the gratitude he deserves.

“Secondly, is Brendan Rodgers. I think on the outside Brendan probably isn’t given the credit he deserves for the role he played in our journey as a club. But I know on the inside, from people who know and understand, it’s hugely appreciated. You only have to listen to our gaffer now speak.

“When Jürgen says one of the biggest things that attracted him to come to Liverpool in the first place was because it was an outstanding team, in great shape, you realise how important Brendan was.

“He made me captain and it was a brave choice. I was young still and I’m sure he could have picked other candidates who were more experienced. Whatever he saw in me that made him think I was worthy of that honour I don’t know, but I couldn’t be more thankful.

“Again, Brendan is a person who invested a lot of time and energy into me as a professional and I learned so much from him and his staff at the time.

“Thirdly, is Steven Gerrard. It’s impossible to sum up the importance of Stevie to the modern Liverpool and what we are achieving together now. If you speak to every player in our dressing room – from the oldest to the youngest – they’ll all tell you that following in the footsteps of Steven Gerrard was a massive factor in wanting to sign for this club. It was for me, and I was lucky to play alongside him for club and country.

“Looking back now, as a player, you cannot get any better education than being in the same team as Stevie. Everything about him was inspirational.

“Again, turning to the gaffer’s words, this Liverpool was ‘built on Stevie’s legs’ and Stevie’s shoulders. He is the benchmark for any player coming to this club today. The way he handled pressure. The way he protected the team and the club. The way he led and the example he set. The quality he had. Wow.

“When we won the Champions League in Madrid and we went back to the team hotel for the party, someone told me Stevie was in the room. It took me ages to find him, because he was tucked away in a corner. He told me it was because it was the current players’ night and he was there as a supporter, feeling privileged to see the lads celebrate.

“That sums him up, but whether Stevie likes it or not – for so many of us in this current team – his contribution to what we have achieved can’t be underestimated. He set the standards we all work day in and day out to reach. His values and his example drives so many of us on. The club we have today – with the support and the backing – is because of him.”

Pick up your copy of the official LFC matchday programme by clicking here. 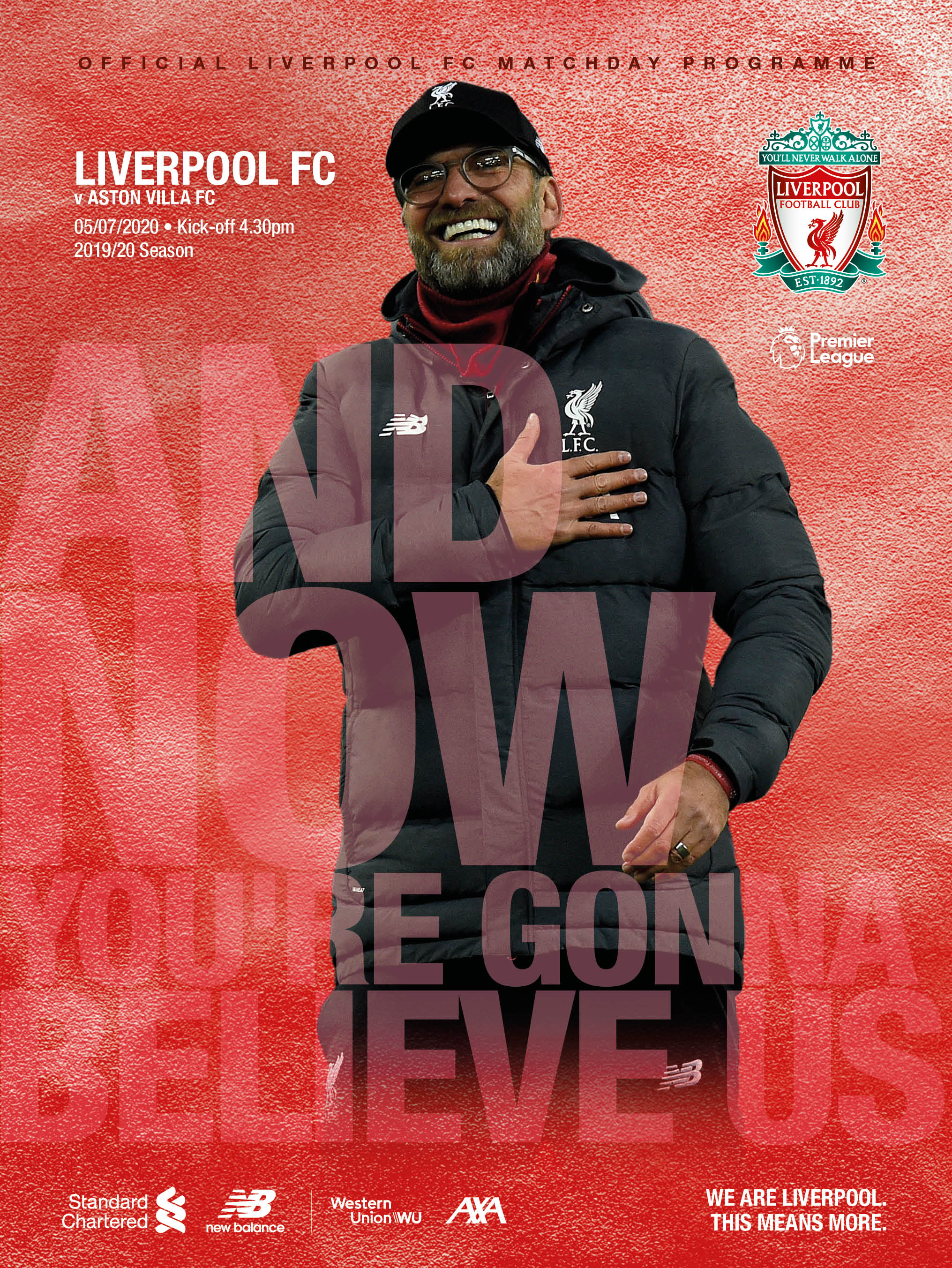