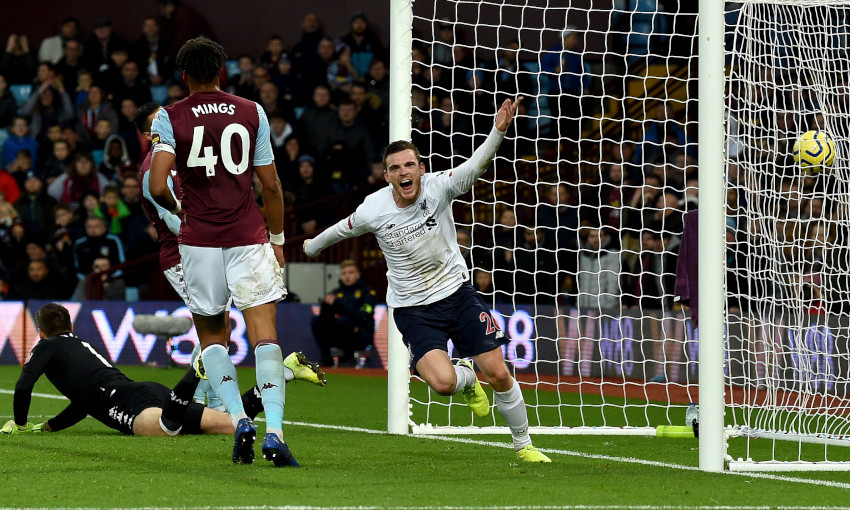 As Aston Villa prepare to visit Anfield this weekend, Jürgen Klopp has explained why the meeting between the sides at Villa Park back in November is one of the most pivotal moments of Liverpool's title-winning season.

The Reds found themselves trailing in the Midlands to Trezeguet’s first-half effort as the contest ticked towards its conclusion, with it looking set to be heading for a disappointing afternoon for the visitors.

However, Liverpool struck twice through Andy Robertson and Sadio Mane in the 87th and 94th minute to seal a dramatic late victory that maintained a six-point lead at the top of the Premier League table.

Speaking during his pre-match press conference, Klopp explained why he identifies that afternoon as being crucial in their march to the title.

He said: “I thought it was so important because the season before showed us you have to be pretty much perfect result-wise to have a chance to win the league because City usually wins all the games. That was the case the year before.

“So, that we equalised with the pressure we made in that situation, I was not too surprised. You need luck, a good cross, good positioning, but what I loved most in that game was how Robbo [ran back to restart the game] actually.

“We didn’t know if we would win the game, but at least we should give it a proper try, pretty much.

“It’s not about Aston Villa [specifically] that we really go there and want to win in the last minute if we equalise so late. No, it was clear we had to do that in all games.

“That’s why I knew it was important because that was the moment when if you have to shout as a manager from outside, ‘Come on, go, two minutes to go, there’s still a chance!’ then you pretty much have no chance!

“If the players do it by themselves, then you know then there could be another moment in the game – and that’s why it was so important.”